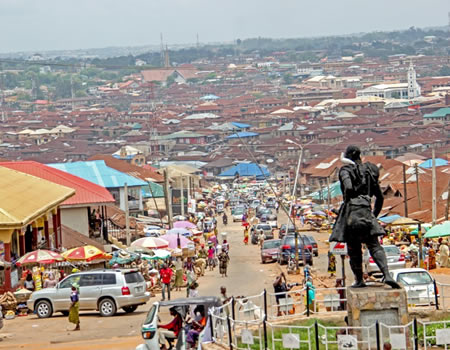 A master plan is the long term perspective plan for guiding the sustainable planned development of a city. The Ibadan City Master Plan (ICMP) which sets out the direction in which the development of Ibadan would go in the next 20 years is part of the achievements of Senator Abiola Ajimobi

This master plan must not just be produced but it should also be implemented. Many of the issues that we are currently facing in Ibadan are due to lack of a comprehensive master plan. Unfortunately, whether there is a plan or not, the city continues to grow. It is an indisputable fact that the rapid population growth and urbanisation being witnessed in Ibadan have been largely uncontrolled and haphazard in nature as there was no conscious planning or a master plan to guide the growth.

Also, it has been observed that lack of a master plan for Ibadan has led to poor roads and drainage networks, challenges of inaccessible and mismatched land uses, existence of slums and urban squalor, inadequate provision of social amenities or facilities like potable water supply, electricity, schools, health facilities and poor solid waste management.

At this juncture, it is an evident that this master plan will give direction for future expansion of the city and identify key development opportunities. Also, it will pave way for the use of land and provide for the needs of future populations as well as to guide growth and support development. The plan will address infrastructural challenges in the city with a view to making it more sustainable, organised, liveable and investors friendly.

There is no doubt that this proposed master plan will also afford the city and the residents the opportunity to re-position the ancient city of Ibadan back to its place as a Centre of Excellence and architectural wonder in Nigeria and continent of Africa. It will also put an end to the ugly incidence of flooding and create a new sustainable environment for economic and industrial development in the state as well as proffer effective and lasting means of reducing the vulnerability of the city to natural disasters.