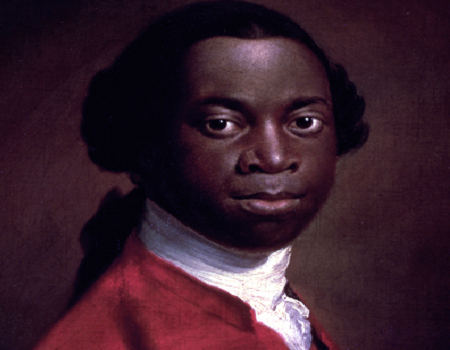 In line with its goal of entrenching long lasting values in youths, Educare Trust Nigeria, a youth and community development Non-Governmental Organisation (NGO), has organised an oratory contest for secondary schools in Oyo State, to celebrate the legacies of Olaudah Equiano.

Equiano, also known as Gustavus Vassa the African, a Nigerian slave, was captured in 1756 at the age of 11 and sold into slavery alongside his sister. After passing through the hardship of slavery, he bought his freedom with $200 in 1766 and fought for the liberation of other slaves.

The contest which took place at the Foundation’s office, in Ibadan, had five schools in the contest. While the schools were judged on criteria such as research depth of their presentations, fluency (including diction), dressing, timing, movement, the relevance of the speech to the topic and audience appeal, they made presentations based on given topics.

The topics ranged from Olaudah Equiano as a victim of kidnapping, an educationist, slave abolitionist, role model, to a traveller, all ending with the lessons for Nigerian youths. Each school was given a two-edged opportunity to impress the judges with the first speaker given 10 minutes and the second, 5 minutes.

The schools that contested for the coveted first-place prize of one hundred thousand Naira were: Immanuel College High School, Ijokodo High School; Oba Abass Alesinloye Grammar School; Cheshire High School and Methodist Grammar School. They all went home with various rewards in the form of books vouchers for their respective libraries.

Admonishing the teachers on the appropriate use of the rewards, programme director of the foundation, Mr Folorunsho Moshood, told the teachers that the rewards were in book voucher forms, which, according to him, would be used to equip the libraries of the schools. This, he emphasised, is to ensure the entire school, not only the contestants, benefit from it, which would leave lasting marks in the lives of the students.

The highlight of the event was the cutting of the 25th-anniversary cake of the foundation, which has been championing the need for improved standard and quality of education as well as community and youth development since 1994.

Uber, Bolt, others not banned at airport ― FAAN