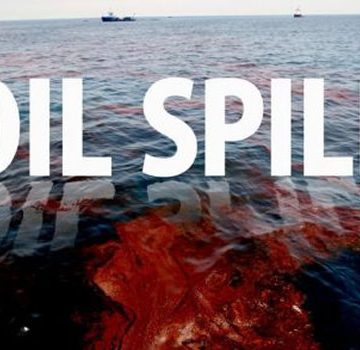 OIL leaks from an oilfield operated by Shell Petroleum Development Company (SPDC), at Aghoro community in Bayelsa discharged some 1,114 barrels of crude oil into the environment.

The leakage of 1,114 barrels of SPDC’s Bonny light crude stream had adversely impacted the fishing vocation of residents who had withdrawn from fishing to pave way for clean up.

The resulting oil spill impacted and polluted an estimated area of 113.03 hectares, according to a Joint Investigation Visit (JIV) report of the incident obtained in Yenagoa on Monday.

It would be recalled that a disagreement in the areas impacted by the leak had stalled the release of the Joint Investigation Visit (JIV), report of the oil spill.

Community leaders, who participated in the JIV to determine the cause of the spill reportedly refused to sign the report.

The refusal was attributed to wide disparity between the impacted areas claimed by Shell and the community, but Mr Bamidele Odugbesan, Media Relations Manager at SPDC said that the grey areas had been sorted out.

The report indicated that only 247.5 out of the 1,114 of SPDC’s crude blend has been recovered at the spill site, while the remaining is yet to be accounted for.

The JIV report stated that the spill was caused by equipment failure resulting from weak integrity on the 24 inch Trans Ramos Pipeline giving rise to cracks on the pipeline at Aghoro, Ekeremor Local Government Area of Bayelsa.

Representatives of the host community, National Oil Spills Detection and Response Agency (NOSDRA), Bayelsa Ministry of Environment and SPDC who conducted the investigation agreed on the findings and signed the report.

It was gathered that repair work on the leaking pipeline was underway while recovery of spilt oil from the site is still ongoing.

Reacting on the development, Odugbesan regretted incessant spills on the Trans Ramos Pipeline, saying that although the May 17 spill was traced to equipment failure, other leaks were predominantly caused by sabotage.

“The rate of spills on the Trans Ramos Pipeline is very worrisome, for instance between April and May 2018, 26 spill incidents were reported on that line and out of these, 18 of them were caused by sabotage, eight were operational,” he said.