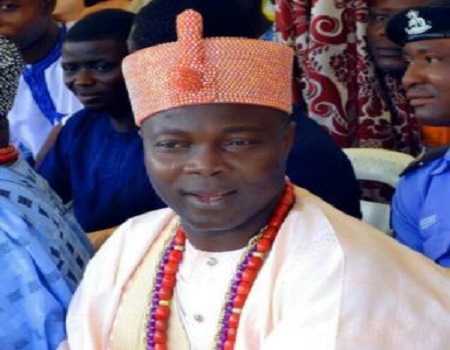 Reputed for his regular contributions to the national discourse, the Olowu of Kuta, Oba Adekunle Oyelude Makama has added his voice to and applauded Nigerian Army for its recent recapturing of Baga town, in the Kukawa Local Government Council of Borno State earlier lost to the Boko Haram insurgents.

Even though two soldiers on Nigerian side reportedly fell and five injured during the fierce battle with Boko Haram terrorists in Baga town, Nigerian Army Special Forces Command (NASFC), fought gallantly and forced the insurgents to a retreat.

The traditional ruler said the impressive result by Nigeria Army deserves not only commendation but also wide publicity to boost the morale of the gallant soldiers. Oba Makama argued that such publicity would also weaken the strength of the insurgents and destabilize their camp.

“It is not fair that our gallant soldiers are only reported when they record casualties. They are our ambassadors who by choice decide to lay down their lives for our dear country. For this reason, they should be respected with commensurate attention. The news coming from Baga, a major commercial centre in Borno State, is a good one, which indicates that the end of the battle is gradually in sight,” he said.

The Olowu, therefore, charged the Federal Government to fortify Nigerian troops with the necessary equipment to prosecute and bring the war to end earlier than expected, adding that Nigerians in the North-east deserve permanent peace.

Oba Makama also praised Nigeria Army authorities for their transparent disposition towards verification of the Army’s budgetary allocation as requested by the Civil Society Organizations.

He noted that the Freedom of Information Act does not compel public servants to reveal state secrets or give information, especially when it has to do with national security issue but applauded the Chief of Army Staff, Lt. Gen Tukur Yusuf Buratai for his maturity.

“With this development, General Buratai has again demonstrated that the Nigerian Army is genuinely determined to end this war through transparent dealings. This is the first time in the history of the army to subject budget to such verification called for by civil society groups. Our duty as Nigerian citizens is to keep more faith in our army. That is a way to give them confidence that their people back home are solidly behind them,” he said.

Order from above: I can’t handover to Egbetokun, I remain Lagos CP — Imohimi Edgal