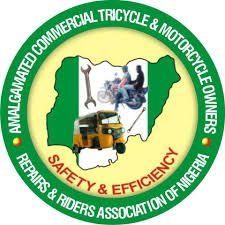 The inauguration and swear-in ceremony which took place at the association’s office complex in Abeokuta was attended by some government functionaries, politicians and all the major stakeholders in the motorcycle transportation business in Ogun state.

The new chairman of the association, Otunba Alowonle in his inugural speech, thanked the executive Governor of the state, His Excellency, Prince Dapo Abiodun for creating enable environment for the smooth operation of the activities of motorcycle owners and riders in Ogun state. He also thanked him for his support towards the realisation of his ambition as the new chairman of the association ; noting that, if not for the grace of God and the support of the governor, his ambition of becoming the chairman would not have come to reality. He pledged his unalloyed loyalty and that of the association to the governor and his administration .

Otunba Alowonle also expressed his sincere appreciation to all the traditional rulers in Remoland under the leadership of His Royal Majesty Oba Babatunde Ajayi, the Akarigbo of Remoland, for their support towards the actualisation of his ambition. In the same vein, the new chairman thanked all the All Progressives Congress (APC) leaders in Remo for their support.

Speaking further, he promised to take the association to an enviable height just as he assured its members that their interest and the welfare would be his priority.

Meanwhile, the new publicity secretary of the association, Otunba Taofeek Sokoya aka Danku, speaking on behalf of the new executives, promised their total loyalty to the new chairman with strong assurance that, he and other members of the executives would give their total support to the chairman in his bid to take the association to a greater height.

Sokoya described the new chairman as a successful businessman with great administrative acumen, noting that with his managerial acumen and cognate experience, the association would enjoy effective and efficient management under his leadership.

In earlier in his address, the Special Adviser to Ogun State Governor on political matters, Hon. Biyi Adeleye enjoined the newly inaugurated executives to live up to expectation. He said the decision of the State Government to dissolve the leadership of all transport unions in the State is not far fetched from insecurity. He maintained that the executives must work cordially and provide the security agencies with the necessary information which could help in securing the State. Hon. Adeleye stated further that the evil perpetrated with motorcycles can not be overemphasized, hence, the government is ready to work for for hand in hand with all transport union leaders in the State to tackle the menace.