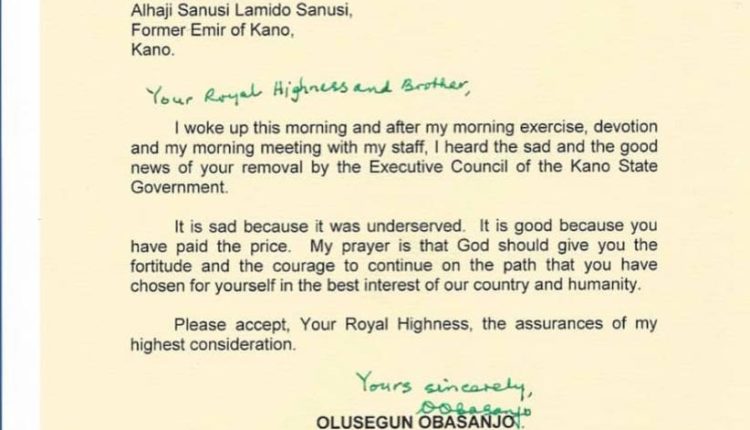 Former President Olusegun Obasanjo reacted to the removal of Alhaji Sanusi Lamido Sanusi as the Emir of Kano on Monday with prayers for the deposed monarch.

Obasanjo, in a letter he personally signed told Sanusi that he did not deserve the punishment meted to him by the Kano State Government but at the same time declared that it was good that Sanusi “paid the price.”

“It is sad because it wss undeserved. It is good because you have paid the price. My prayer is that God should give you the fortitude and the courage to continue on the path that you have chosen for yourself in the best interest of our country and humanity,” Obasanjo wrote in the letter addressed to the deposed emir.

Sources very close to the former president confirmed to Tribune Online the genuineness of the letter which went viral on social media late on Monday.