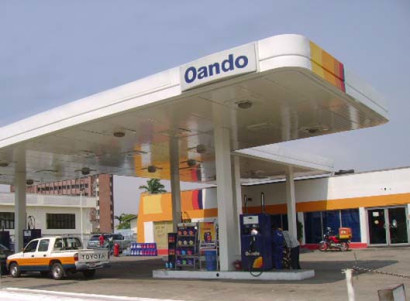 Oando Plc has announced a delay in releasing their 2017 full year financial result.

In a statement by the company, on Thursday, Oando explained that a request by the Financial Reporting Council of Nigeria (FRCN) to undertake a more detailed review of the company’s results was the reason for the delay.

“The Financial Reporting Council of Nigeria (FRCN) has indicated interest in undertaking a more detailed review of the Company’s Audited Financial Statements (AFS) as part of their statutory review due to the issues raised by the recent investigation of the Company by the Securities and Exchange Commission (SEC). We envisage that the FRCN’s review might take longer than originally anticipated. Therefore, the Company may not be able to file the accounts until the second week in May, the exact date of filing will be dependent on the turnaround time at the FRCN,” the statement said.

This development was short of expectations because of the ongoing SEC forensic audit of the Company. The forensic audit was precipitated by alleged findings of the SEC, following an investigation into the Company which commenced in July 2017.

It will be recalled that in October 2017, the SEC released the findings of the investigation and called for a technical suspension on the trading of Oando’s shares as well as a forensic audit into the affairs of the Company.

A capital markets analyst who pleaded anonymity said “Oando’s decision to fully cooperate with the SEC on the forensic audit has been received well by all stakeholders. The hope is that this progress will satisfy displeased shareholders that the regulator is doing their job and that Oando is indeed a complaint Company with the interests of its shareholders at the heart of all the Company’s actions.

“More importantly, the market is hopeful that the conclusion of the forensic audit will mean the swift lifting of the technical suspension on the trading of the Company’s shares. Oando PLC’s stock is a major contributor to the Nigerian Stock Exchange 30 Index’s performance; the relevance of the stock to the NSE cannot be overemphasised.”

For three consecutive quarters, the Company has released its results on time and posted strong revenues and profits, despite a challenging environment. Following in the footsteps of the Company’s cooperation with the SEC, Oando recently reached a peace accord with one of the shareholders who petitioned the SEC, AlhajiDahiruMangal with the Emir of Kano, SanusiLamido as the arbitrator.

The company, however, promised that on the conclusion of the FRCN’s review of its accounts it will release its FYE 2017 results regardless of the forensic audit.

State Houses of Assembly have not rejected LG autonomy ―NULGE