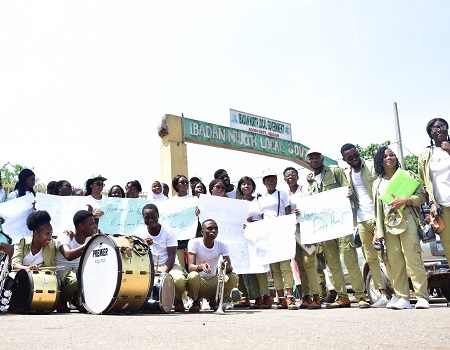 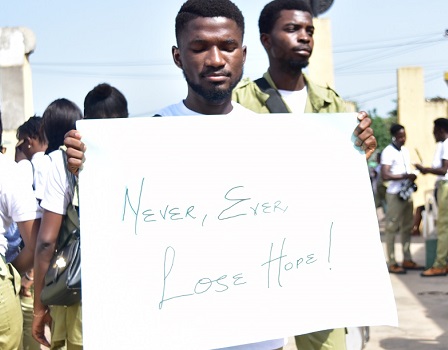 National Youth Service Corps (NYSC), Oyo State, on Thursday, staged a walk against depression and suicide, in a bid to sensitise the general public on the existence of depression and the need for them not to consider suicide as a solution or way out.

Corps members displayed placard with various inscriptions such as: “your mistakes do not define you”, “happiness is free”, “make yourself happy”, “you are important”, “stay with me”, among others.

Speaking with our correspondent in Ibadan, Daniel said the increase in the amount of suicide being recorded in the country is alarming, and that educating the masses about the existence of depression is necessary.

“Emotional depression is the most common form of depression we are exposed to in contemporary times, and the most effective way to combat suicide in this form is to engage the individual, make them feel loved, show them attention and most importantly, don’t let such person be lonely,” he added.

While addressing the corps members, the Editorial CDS Coordinator, Mrs Faniyi, added that “suicide is never an option, because the ones left behind, your families and friends would be the ones to feel the pain.” 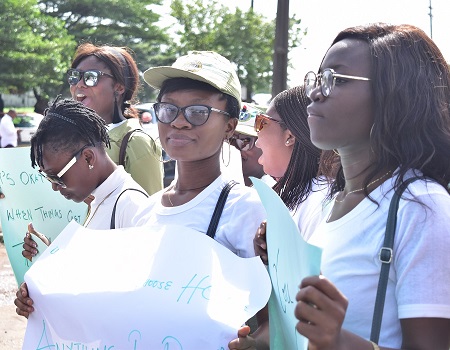 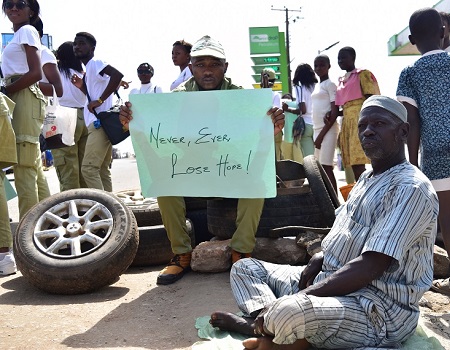 Our ‘ponmo’ is safe for consumption ― Ijebu-Igbo traders