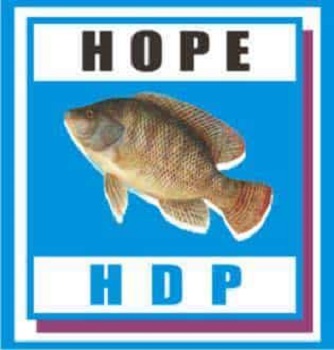 The party and its presidential candidate, Chief Ambrose Owuru told the Tribunal in a fresh motion they filed that the February 23 presidential election which produced President Buhari, for a second term in office is unlawful, illegal and unconstitutional.

HDP, one of the parties that participated in the election conducted by the Independent National Electoral Commission (INEC) insisted that the February 23 poll is unknown to law and should be invalidated by the Tribunal.

They argued that the postponement of the election from February 16 to 23 had no backing of any law as no cogent and verifiable reason required by law were advanced for the postponement.

In the fresh motion filed by the party’s counsel, Ezechukwu Kennedy Ifeanyi, they insisted that the February 23 poll was not validly held by INEC and cannot produce any valid result or returns recognised by law.

HDP which cited several authorities to buttress its averment said that since INEC breached the provisions of the Electoral Act, especially section 26 to conduct the February 23 poll, the purported election cannot stand in the eyes of the law.

The party, therefore, prayed for an order compelling INEC to produce at the Tribunal, notice of election, original timetable for February 16, the press statement of February 16 as well as minutes of the meeting where the decision to postpone the February 16, presidential was held.

HDP also prayed that the return of President Buhari for a second term in office on account of February 23 election be invalidated and set aside because the election has no force of law.

The party and its presidential candidate had earlier filed a petition marked: CA/PETP/001/2019 asking the Tribunal to nullify the election that brought Buhari to office.

The main grouse of the petitioners was that they were validly nominated for the 2019 general elections but were unlawfully excluded from the said elections by delisting their names and party logo from the ballot papers.

Another reason adduced by the petitioners was that the electoral body placed a false version of their registered party logo on the ballot papers for elections and thereby cost them the chances of realising their political ambition in the 2019 general elections.

Meanwhile, the Tribunal will resume pre-hearing season in the HDP petition against the election of President Buhari on Thursday.

NYSC in 46 years stood the test of time ― Gowon