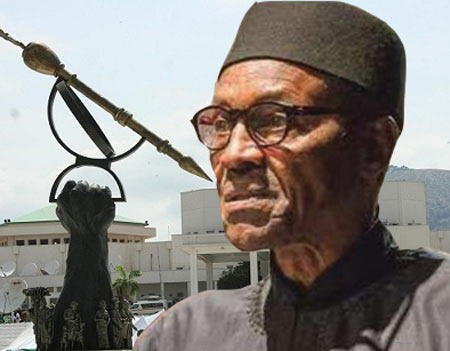 The Northern Elders Forum (NEF) has commended President Muhammadu Buhari for securing the northern part of the country from the clutches of the Boko Haram insurgency.

The Deputy leader of the Forum, Dr Paul Unongo, made the commendation while addressing a news conference shortly after a meeting in Kano on Thursday.

He said President Buhari deserved to be commended for tackling the Boko Haram insurgency especially in the North-East.

“Buhari has confronted the issue that has been disturbing us by tackling the insurgency which had caused a lot of havoc in the region especially the three states of Borno, Yobe and Adamawa,”he said.

Unongo, also commended the President for his steadfast respect for the Constitution in transferring Power to Vice president Yemi Osinbajo when it became necessary for him to travel to seek for medical treatment.

“The Forum expresses its full support and encouragement behind Acting President Osinbajo and urges him to exercise responsibility, as he did in the past, with commitment, sensitivity and respect for the Constitution.

“We urge him to ignore mischief which seeks to pitch him against the President or the Nigerian people whose mandates they both exercise,”Unongo said.

He called on all persons with responsibility to cooperate fully with the Acting President to sustain a united, focused and committed administration to achieve the desired results.

He also commended the sterling contributions of the Senate President, Bukola Saraki and Speaker, House of Representatives, Yakubu Dogara for providing the necessary leadership to stabilise the polity.

“We expect that the war against corruption will not suffer a setback, and current investigations and activities will not be stalled due to the absence of President Buhari.

“Like millions of Nigerians, the Northern Elders Forum prays for the return to full health of President Muhammadu Buhari,”Unongo added.

The News Agency of Nigeria (NAN) reports that the Forum was in Kano in continuation of its tour of the Northern states.

Buhari, FCT Minister hail Ona of Abaji as he celebrates 25 years on the throne