Latest News
By Olatunde Dodondawa - Houston, Texas On May 2, 2017 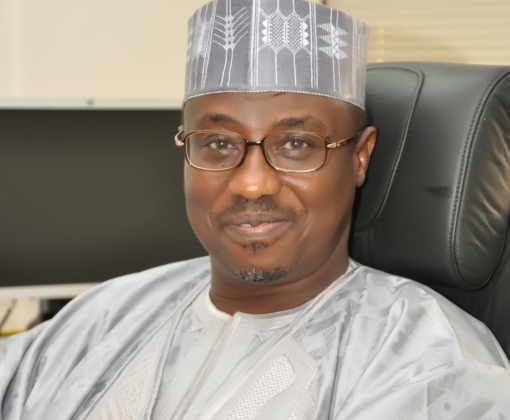 Speaking on Tuesday on the sidelines of ongoing Offshore Technology Conference (OTC) in Houston, Texas, the Group Managing Director (GMD), Dr Maikanti Kacalla Baru, who was represented by the Chief Operating Officer, Gas & Power, Engr Saidu Mohammed, said “all the nation’s three refineries are producing five to six million litres of petrol daily and about that same quantity of Automotive Gas Oil (AGO) otherwise called diesel. That is part of what is making the petrol market in Nigeria stable as at today. We believe that the set target of exiting petrol importation in 2019 is achievable.”

He maintained that because rehabilitation of the refineries has been hampered by lack of regular Turn Around Maintenance (TAM) over the years, it would take more years to get the refineries fully back to their nameplate capacities.

“Don’t forget also that for us to exit petrol importation in 2019, we have to also bring in new refineries that will co-locate with existing ones together with the new ones that will be built. Then, we see ourselves as a net exporter of products. On this, I can tell you that we are on course,” he added.

He observed that following NNPC’s foray into the energy sector through electricity generation and other renewables, Nigeria’s perennial power sector woes may soon be over.

“Essentially, NNPC has been there. Many people don’t know that the NNPC has been part of the power sector. We supply steadily about 1,000MW from Afam and Okpai, two of Nigeria’s most reliable power plants serving as one of the cheapest sources of power today in the country,” he noted.

According to the GMD, the NNPC has engaged its Joint Venture Partners, Chevron and Total, to build similar power plants at Obite and Agura.

The GMD further observed that the Corporation was fulfilling part of its commercial obligations to Nigeria’s energy sector through power supply from Afam and Okpai as well as excess power from its refineries, adding that its role in the power sector will be enhanced with the completion of the power plants that it has started and most especially the three mega power plants in Abuja-Kaduna-Kano (with combined capacity of 3000MW).

On the relevance of NNPC’s presence at the OTC 2017, he stated that NNPC was present to attract potential investors and most significantly, to showcase its efforts of transforming into a full-fledged energy company.

“We are here to showcase to people who have the capacity, competence and technology to invest in Nigeria and help us increase our reserves and enhance the capacity of especially our Exploration & Production subsidiary, the Nigerian Petroleum Development Company (NPDC).

According to him, although NPDC’s production has been hampered by security challenges in recent times, the management has made strategic interventions to ramp up the company’s production within the next few years.

“Essentially we want to raise NPDC’s entire production capacity by about 700kpd and by other partners to about 300kpd so that ultimately, we’ll raise Nigeria’s production to about three million barrels per day (3mbpd),” he noted.