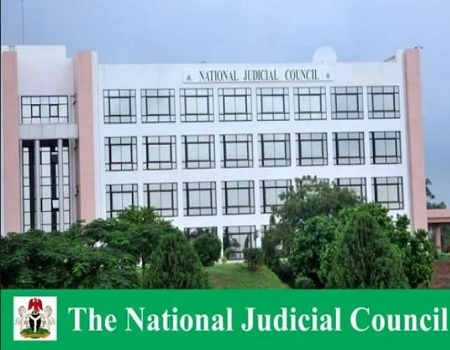 The National Judicial Council (NJC) has recommended 33 successful candidates for appointments as Heads of Courts, state high court judges and other Judicial Officers in Nigeria.

Rising from its meeting which ended on December 18, the Council considered the list of candidates presented by its Interview Committee and resolved to recommend to the Governors of Anambra, Kebbi, Cross River, Zamfara, Ogun, Osun, Rivers, Imo, Sokoto, Ekiti and Niger States, 33 successful candidates for appointment as Heads of Courts and other Judicial Officers in Nigeria.

While Justices Obichere Ijeoma Josephine and Nze Ifeanyi Tennyson were appointed as Judges of the Imo state Customary Court of Appeal, the NJC statement said all the recommended candidates are expected to be sworn-in after approval by their respective State Governors and confirmation by the respective State Houses of Assembly.