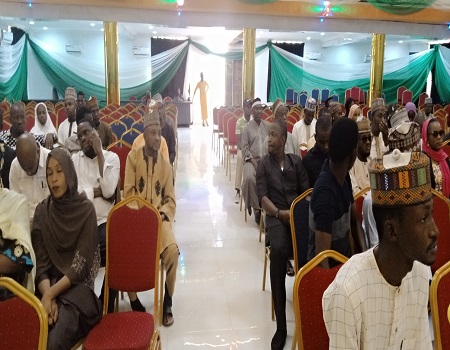 Nigerians have been challenged to shun negative acts and other vices that can lead to violent reactions in the country but rather they should be agents of peace anywhere they are.

The challenge was made by the convener of the National Youth Peace Summit (NYPS 2019), Akinyemi Olowookere during the 2019 edition of the summit going on in Bauchi saying that youths have a lot to contribute in ensuring a peaceful atmosphere in the country.

Akinyemi Olowookere added that as catalysts of social networking and interaction, Nigerian youths have a key role to play in uniting the country and making sure that things work out well.

While lamenting that most of the crimes committed in the country are associated with the youth, he expressed confidence that the tide can still be changed positively with a charge of attitude by the youths who described as the leaders of tomorrow.

He then assured that the NYPS will not relent in its oars in ensuring that youths in the country become peace ambassadors across the country country.

In his remarks, Bauchi State Commissioner of Youths and Sports Development commended the convener of the summit saying that it came at a time the country was in search of a way to promote peace among the citizens.

The Commissioner who was represented by the Director, Youth Development in the Ministry assured that the Ministry is ever ready to ensure that youths in the state were properly mobilized and sensitized to shun all acts of violence.

He added that the PDP led administration in the state already has in place various programs targeted at the youths and women in the state stressing that many of the youths have been engaged in various skills acquisition programs to make them employers of labour as well as reduce poverty.

In a goodwill message, Emir of Bauchi, Rilwanu Sulaiman Adamu commended the organizers of the summit saying that it came at the right time calling on the participants to deliberate objectively and come out with resolutions that will promote peace in the country.

The 2019 edition of the Youth Peace summit is themed: ‘Paving the way for a Violent-Free Nigeria’, it has participants from all the states of the country including the FCT.