Nigeria out of recession 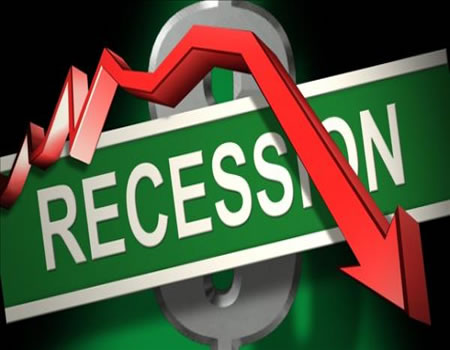 AS widely predicted, Nigeria’s economy has exited its longest streak of economic recession so far.

According to a United Kingdom financial analysis organisation, World Economics, Nigeria is on its way out of recession, as April Sales Managers’ Index (SMI) data suggested that the “Nigerian economy is continuing to grow out of the recession which saw 10 months of consecutive contraction in 2016.”

The International Monetary Fund (IMF) had predicted last October that the economy would grow by 0.6 per cent in 2017, although other analysts predicted a growth of about two per cent.

IMF’s World Economic Outlook report, which was released in October, predicted that the economy would not only exit recession in 2017, but that real Gross Domestic Product (GDP) is expected to increase marginally by 0.6 per cent with Consumer Prices rising by 17.1 per cent.

According to World Economics, the Market Growth Index grew to 58.5 in April as the monthly Sales Growth Index ticked up to 56.7, its highest value since 2015 and representative of rapid growth.

Price inflation for April, tracked by the Prices Charged Index, remained high at 58.7 – indicative of high levels of inflation, however, a slowing trend has developed for the past nine months, it says.

Panelists have explained that although conditions remained difficult for businesses, they were adapting to the challenges and the recent changes to the naira’s forex rate were aiding sales transactions.

Overall, conditions in Nigeria have improved further over the past month and managers are expressing renewed optimism that the economy will continue to grow and regain strength after the recession.

In the report released on Tuesday, the organisation, however, cautioned it was too early to know if the changes were built on a solid foundation.

“March Sales Managers’ Index (SMI) data suggests that the Nigerian economy is starting to grow out of the recession which saw 10 months of consecutive contraction,” it said.

“The market growth index grew to 53.5 in March as the monthly sales growth index edged up to 51.3, its highest value since March 2016.

“It is too early to speculate if the recovery is built on solid fundamentals for a sustained recovery but the changes reflected are not insubstantial.

“Price inflation for March, which is tracked by the Prices Charged Index, remained high at 61.3 – and indicative that very high levels of inflation continue.

“Overall, conditions in Nigeria have improved over the past month and managers are expressing optimism that the economy will continue to grow,” it said.

There have been several predictions about when the country’s economy will turn the corner with global credit rating agency, Moody’s, also predicting that Nigeria will be out of recession this year.

A Senior Vice President at Moody’s, Aurelien Mali, said they expected Nigeria to contain pressures on its public finances in the short term.

Also, Governor of the Central Bank of Nigeria (CBN), Godwin Emefiele, had thought the economy would exit recession by the end of 2016.

Data from the National Bureau of Statistics (NBS) on the economy for the first quarter would, however, confirm this growth.

Chief Executive Officer, Times Economics, Dr Ogho Okiti, said although official data from National Bureau of Statistics for first quarter 2017 was still being awaited, the fourth quarter report for 2016 “indicated that we were at the bottom of decline.”

Okiti said though that the first quarter report was not likely to show that Nigeria had exited recession, “I think that the economic report for the second quarter is what will clearly show that the country is out of recession.”

Reacting to the World Economics report, the Presidency, in its reaction, said it was excited about the report.

Senior Special Assistant to the President on Media and Publicity, Garba Shehu, told the Nigerian Tribune on phone last night that it showed that the policies of government were working, though government was taking the news with caution.

He added that a lot still remained to be done even as government awaited confirmation by National Bureau of Statistics (NBS).

“It’s an exciting news but we take it with caution because we are not there yet. But it shows that all the policies of government are working.

“We will await the next report of National Bureau of Statistics (NBS). They will tell us where we are,” he said.