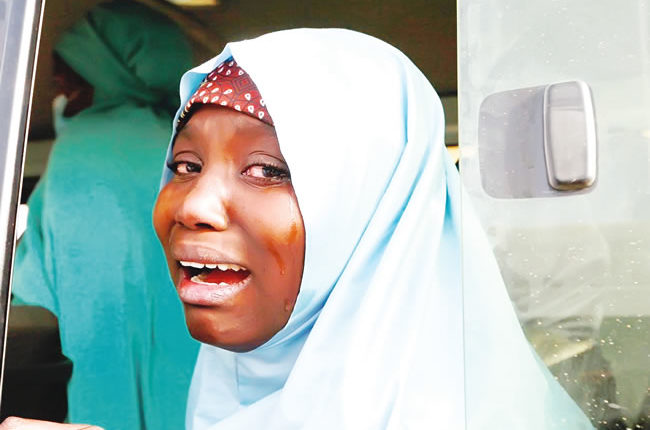 In early March, over three hundred schoolgirls abducted by armed groups from a secondary school in Zamfara State in northern Nigeria were released by their abductors. Unfortunately, the global outrage this incident stoked has not deterred the armed groups operating in the north. Just last week, another set of students was kidnapped from a college in Kaduna State—the third mass kidnapping of students in Nigeria in 2021. An ugly video released by the kidnappers in Kaduna showed the students being brutalized by their abductors. Nigeria clearly needs to do more to protect its children. The country’s future depends on it.

The recent abductions are part of a worrying trend that underscores students’ lack of safety in Nigeria. According to the UN Children’s Fund (UNICEF), over 13 million Nigerian children are not enrolled in school, more than anywhere else in the world. About 8 million of those children are located in Nigeria’s northern states, where violent conflicts spanning more than a decade have exacerbated the situation.

Boko Haram, an Islamist insurgent group, is known for targeting schoolchildren and using them as leverage to negotiate with the Nigerian government for the release of prisoners. In 2014, the insurgent group attacked Chibok, a community in the northern state of Borno, abducting more than 250 schoolgirls. The Chibok incident sparked global outrage, but previous attacks occurred with little international attention. Earlier the same year, over fifty schoolboys from Buni Yadi, a town in Yobe State, were killed by suspected Boko Haram militants.

Since February 2014, northern Nigeria has experienced at least seven high-profile attacks on secondary schools. More than one thousand schoolchildren have been victims of mass abductions by armed groups. While some of these students have been released, a significant number remain in captivity. Even beyond the most noteworthy kidnapping episodes, Boko Haram has continued to attack schools, abducting students and using them as suicide bombers or marrying off girls as brides to their soldiers.

What is driving the recent spate of abductions? Several factors contribute: a proliferation of small arms and overstretched security forces make it difficult for the government to maintain control, while peace deals and huge ransom payments create perverse incentives that encourage more kidnappings. Blanket amnesties have recently gained even more traction through the support of Sheik Gumi, a leading Islamic cleric in northern Nigeria who appointed himself as a negotiator working to secure the release of victims of kidnapping.

Attacks on students have many implications—for students themselves, along with their families and the country at large. Insecurity focused on centers of learning fuels parents’ unwillingness to send their children to school, thereby advancing Boko Haram’s goal of preventing Western education. A recent report revealed that over six hundred schools in six states in northern Nigeria have been shut down due to widespread insecurity. The attacks also provide armed groups with leverage to negotiate with the government, either for the release of prisoners or a request for a general amnesty.

Compounding the situation, children without education can be especially vulnerable to recruitment by bandits and jihadis. The wave of insecurity in northern Nigeria is therefore creating a generation of children whose education has been permanently dented. The broad shortage of education could also lead to a skills gap in the workforce, reducing youths’ ability to catalyze sorely needed economic development. According to the World Bank, countries impacted by prolonged conflict are most likely to remain poor. This, in turn, leads to more violence.

To improve the situation, Nigeria needs to intensify the Safe Schools Initiative established in 2014 in response to the Chibok abductions. Although armed groups have proliferated since its launch, the initiative can be tweaked to meet current realities. Better coordination between state and federal governments would also improve the response to banditry and general insecurity. Part of this strategy should involve the use of early warning and early response systems involving the federal government, state governments, local vigilantes, and community leaders. Without decisive action, abductions and the instability they cause will continue to plague Nigeria, holding back the futures of children and the country they will inherit.

Nkasi Wodu, a New Voices Fellow at the Aspen Institute and development expert based in Port Harcourt, Nigeria, posted this on cfr.org.