Nigeria didn’t ask for Madagascar COVID solution, the country sent them to us, says PTF 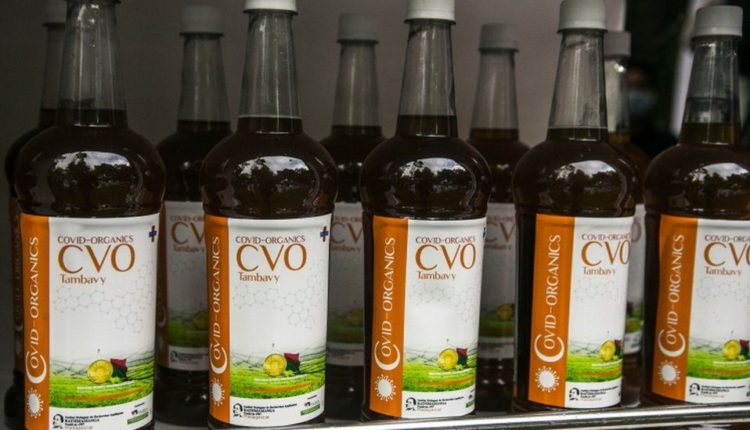 The Presidential Task Force of the control of the COVID-19 pandemic has disowned the Madagascar Covid organic solution, which had been reported to have been requested by the Federal Government to fight the virus.

He said Nigeria agreed to take delivery or its share because it did not want to reject a favour by a fellow African country.

Mustapha denied that government is ignoring local solution for imported ones as he reiterated his call for scientists to forward their solutions to NAFDAC for validation.

“That of West Africa was taken to Guinea Bissau, so all the members of ECOWAS have their commodities offloaded in Guinea Bissau and that was the one I referred to that we were making arrangements to evacuate.

“But the impression out there is as if we abandoned homegrown solution and we were looking for Madagascar solution.

“We didn’t ask for it, but it was taken in the spirit of African brotherly love to Guinea Bissau and we’ve asked our ambassador there to establish the location, the quantities and he has done that.

“We have to make arrangements for its freighting out of Guinea Bissau, but there are no flights. So, there are so many things we have to consider.

“If we are freighting it through air cargo, that has its process. So, can you please help us explain it to Nigerians that Nigeria did not ask for it. It was brought for West African countries, similarly for other parts of Africa.

“It’s not our priority now, it’s not our focus, there are other things that we are dealing with to make sure that we contain the spread in our nation.

“We’ll do that, but that does not downplay what we’ve asked our researchers and scientists to do.

“In the last one or more week, I have consistently made this appeal, and for those that are in the field of development in medicine and different inventions, they know the protocol. I can tell you that I get letters on a daily basis, telling me that ‘I have this invention’.

I will crush terrorists before I leave in 2023, says Buhari