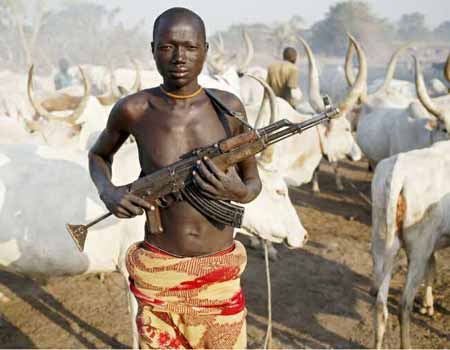 The police in Niger State have arrested 195 suspects in parts of the state which had come under attacks by suspected kidnappers, cattle rustlers and other criminal elements in recent times.

The state Commissioner of Police, Zubairu Muazu stated this while parading the suspects at the state police command headquarters in Minna on Monday, saying that most of the suspects were cattle rustlers and kidnappers who had terrorised several communities in the Niger east senatorial district in the last one month.

He said their arrests were made possible through aerial and land operations carried out by officers and men of the command in collaboration with sister security agencies, adding that not less than 194 suspects were arrested from various locations during January operations alone.

According to him, among those arrested were 24 most wanted kidnappers and cattle rustlers while 612 cattle were recovered from the suspects and handed over to their rightful owners.

Others were six Made-in-Ghana pistols, a locally-made pistol, nine dane guns and other dangerous weapons such as axes, bows and arrows and knives.