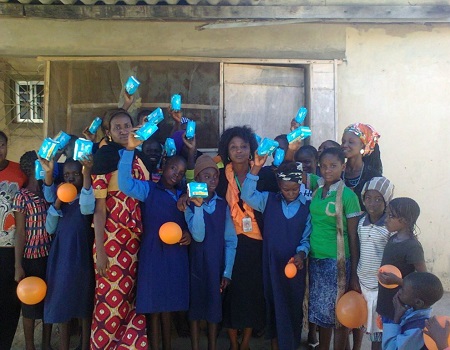 Mrs Ketrurah Shammah, the Executive Director of the mission, disclosed this at a two-day mentorship workshop it organised for the beneficiaries on Tuesday in Jos.

She said that the scholarship would be funded by the TY Foundation as the girls would register for the forthcoming Senior Secondary School Certificate Examination (SSCE) organised by the National Examination Council (NECO).

Shammah said some boys from the affected communities would also benefit from the scholarship.

She added that “the girls, who are mostly orphans, will also be provided with sanitary pads monthly to ensure good hygiene during their menstrual cycle.

“Some of their schools were destroyed and they have lost hope to register in private schools which are more expensive.”

The executive director said the objective of the workshop was to mentor the participants for six months and prepare them for the forthcoming SSCE.

“They are expected to be ambassadors of girl-child education in their various communities.

“This workshop is under the project `Girl Child’ education now or never, by GEM and funded by TY foundation.

“It is a mentorship and advocacy workshop where we train girls and boys to champion girl-child education and to live an upright life.”

Elizabeth Dabo, a 19-year-old participant from Riyom, said she was elated to be selected as one of the beneficiaries of the scholarship.

She said “I lost my parents when I was just two years old. I have been living with my uncle since that time and dropped out of school because of teenage pregnancy.

“I want to advise girls to read hard and never take opportunities for granted.”

Faith Gyang, a 17-year-old girl from Barkin Ladi, said the workshop would encourage her to be focused in life, and advised the SSCE candidates against exam malpractice.

She said that the best way to excel in any examination was to study hard.

NGO floats welfare scheme for Journalists in the North