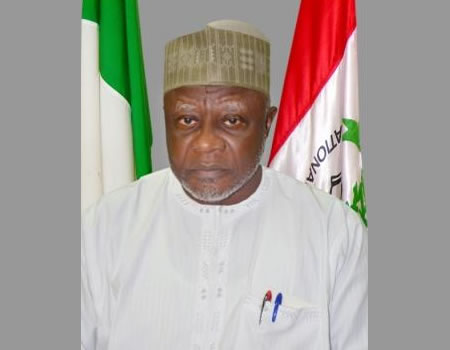 The Chairman National Drug Law Enforcement Agency (NDLEA) Col Mohammad Mustapha Abdulahi (retd) has stated that most of the existing strategies aimed at effective implementation of government drug law policy are not well defined and articulated saying the institution itself is not properly structured and focused to drive the strategies.

Col Abdullahi stated this on Wednesday at the NDLEA Command Officers Conference with the theme “Developing the Agency’s Strategies For Effective Implementation of Government Drug Law Policy” at the Regional Academy for Drug Control Jos, Plateau State.

He declared that no mater how vibrant the drug law policy may be, if there are no corresponding clearly defined strategies for implementation, the policy will be sterile.

“We are familiar with our drug supply and drug reduction strategies but hardly have we pondered on how best to strike the balance between these two broad components and evolve a comprehensive approach that can stand the test of time.

To complement the existing strategies, the Chairman said the will and determination of command officers and by detention the officers and men of the Agency to embrace the change philosophy of the present administration which is predicated on the proper ways of doing things.

According to him, it was in realization of this that the recent trainings in the Agency were anchored on how to be proactive in both operational and administrative approach to drug control.

He said the Agency cannot afford to remain static for the fact that drug criminals are the most dynamic creatures adding that this is exemplified by the unfathomable modes of drug concealment the Agency continue to uncover on a daily basis.

Col. Abudulahi who said the agency needs to go the whole hug in the fight against drug added that drug itself is also experiencing paradigm shift in most parts of the world.

Said he: “While we dwell at the realm of disrupting the activities of drug merchants, more advanced countries are now at the level of dismantling and defeating these merchants. We must go the whole hug. We must disrupt, dismantle and defeat them, if we have to give full expression to government Drup Law Policy”

In his address, Governor Simon Lalong who was represented by his deputy Professor Sonny Tyoden said strategic implementation comes from strategic thinking of the process the vehicles and modalities of implementation within a set time line for the realisation of set goals.