Group calls for unity to end violence against women by 2030 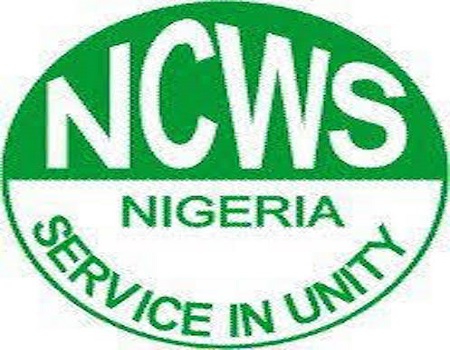 The National Council of Women’s Societies (NCWS), on Monday, called for a national unity to end violence against women by 2030.

The President of NCWS, Dr Glory Shoda, in a statement in Abuja, said that women should arise and say NO to violence against Women.

Shoda called for fundamental change in attitudes among men toward checking violence against women, adding that the law was yet to serve as a deterrent.

“We continue to read reports of violence being perpetrated against women and girls in our urban and rural communities.

“As part of our activities to mark the International Day of the Elimination of Violence against Women, the council said it is time for a seismic shift of attitudes by society.

“This will ensure that those who engage in any form of violence against women and girls are made to face the full wrath of the law,’’ she said.

Shoda also called on relevant agencies to align with global thinking on this issue.

Shoda expressed concern over several cases of rape and defilement of children and minors as young as 10 years, getting pregnant by unscrupulous men.

“We need to take our message on this into the communities, faith-based organisations, public and private gatherings. Gender-based violence must stop; attacks on our girls must also stop.

“We will like to see a situation whereby deeper public awareness is raised about this, so that stigmatisation also becomes a thing of the past.

“More so that victims are able to come forward to report and the law can be enforced.

“I agree with the official UN position that “violence against women and girls was a human rights violation and it goes unreported due to impunity, shame and gender inequality.

“The UN’s assertion on this issue is correct; we can see what happens here in Nigeria. The case of the young girl in Benue, Elizabeth Ochanya, who, sadly, lost her life due to sexual violence and the 10-year-old girl who gave birth a few months ago.

“Most recently, the murder of a female political leader in Kogi is just the tip of the iceberg.

“Thus, in the spirit of this year’s Day, we must unite as one, both women and men and condemn this flagrant abuse of human rights.

“Girls and women should feel safe and confident within their homes, school, workplace and the community in general,’’ she said.

Shoda said that in line with this year’s theme: ‘ Orange the World: Generation Equality Stands Against Rape, NCWS expects to be at the forefront of planned activities to mark the event.

According to her, the council will mobilise, as part of the 16 Days of Activism Against Gender-Based Violence to put an end to “brutal acts that impact one in every three women worldwide.

“We are wholeheartedly embracing the colour orange which symbolises hope and a brighter future, without violence against our girls and women.”

“As the mother body of all women’s organisations and groups, NCWS will lend its nationwide voice to the global campaign to end all forms of violence against girls and women,’’ she said.