The N90 billion bailout for states 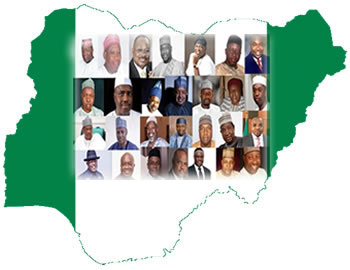 T HE Minister of Finance, Kemi Adeosun, has announced that the Federal Government is initiating a N90 billion bailout fund for the states that are still in dire financial straits.  The money is to be disbursed in two tranches.  The initial N50 billion is to be released in three months and another N40 billion to be released in nine months. It is to assist the states to balance their portfolios.  In July 2015, the government spent between N250 and N300 billion as soft loans to the states to enable them to pay backlogs of salaries. The states also enjoyed a debt relief programme designed by the Debt Management Office (DMO), which helped them to restructure their commercial loans of over N660 billion, extending the life span of the loans while reducing the states’ debt-servicing expenditure. Also, the Federal Government deferred up to N10.9 billion obligatory repayments due from states for April this year in respect of their restructured bailout loan obligations. These initiatives have however failed to pull the states out of distress. The current bailout is therefore the second time the Federal Government is intervening to assist debt-ridden states with money.

Unlike the initial bailout fund that was free of conditions or monitoring arrangement, the current bailout has come with some conditions. It is a loan that is fully repayable although it has a secure tie against future dividends, revenues and any amount that government might owe the states.  The Federal Government has also barred banks in the country from giving loans to state governments in observance of the Fiscal Sustainability  Plan (FSP) of the government. The loan is available but not compulsory.

The conditions that the states must meet in order to access the money include publishing audited annual financial statements within nine months of the financial year end,  and complying  with the International Public Sector Accounting Standards (IPSAS), including the use of standard IPSAS compliant software by state and local governments. Beneficiary states must also publish budget implementation performance report online quarterly, set realistic and achievable targets to improve independently generated revenue  and observe a ratio of capital to recurrent expenditure; implement a centralised Treasury Single Account (TSA) and have quarterly financial reconciliation meetings with the Federal Government to cover VAT, PAYE remittances, refunds on government projects, Paris Club and other accounts.

They are to carry out biometric capture of all state civil servants to eliminate payroll fraud, establish efficiency unit and implement accountability and transparency measures such as system of continuous audit (internal audit), domesticate the Fiscal Responsibility Act (FRA), maintain  a credit rating and comply with the FRA and reporting obligations, including: not taking commercial bank loans, and routine submission of updated debt profile report to the DMO.

The introduction of the conditions is a welcome development.  This is the case because many state governments did not utilise the first bailout fund for the agreed purpose.  It will be recalled that a report by the Independent Corrupt Practices and Other Related Offences Commission (ICPC) indicted most of the states for diverting the fund to other purposes and the governors resisted the attempt by the Federal Government to make an issue out of it. The reasoning behind the conditions is sound and valid.  Many governors have failed to realize that the Federal Government, with a domestic debt of N5.53 trillion, is not in a position to bail the states out. They also fail to realize that the solution to the problem does not lie in the Federation Account.  The governors must transform the states into centres of productive activities and not mere centres for receiving and distributing federation revenues to public servants. They must be able to raise revenue to provide and deliver quality services to the people.

We reiterate that the issues that have led to the current sorry state of affairs are yet to be appreciated let alone addressed by the governors. A good number of the governors are second-term governors; they created the problem and are largely responsible for the current situation.  They are yet to admit this and come to terms with the people. Until this is addressed, there is no guarantee that they will focus on expanding the revenue base of their states, let alone improving accountability and reducing  corruption and waste of public fund in the states. There is no evidence that the revenue situation will improve in the short run.

The revenue from the excess crude account and other similar funds for sharing can only provide a temporary relief.  In the long run, the states will be forced to take drastic steps to deal with the situation but they will not succeed without responsible governance. So far only, five of the 36 states of the federation are reported to have met the conditions for accessing the N90 billion budget support loan facility. This should provoke sober reflections.