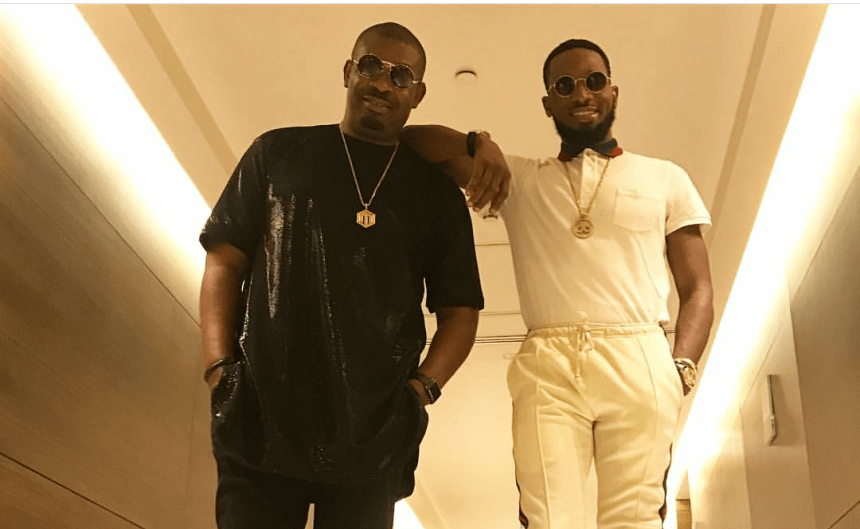 THE yearnings of Fans for a reunion by the defunct Mo Hits Squad is gradually becoming a reality as Michael Collins and Dapo Oyebanjo a.k.a Don Jazzy and D’Banj respectively have publicly announced a `Reunion Tour.’

The duo made the announcement on their respective Instagram handles.

D’Banj, with over two million followers on Instagram @iambangalee, stated: “@donjazzy Are they ready’’

Similarly, Don Jazzy, with about 3.9 million Instagram followers in his characteristic responded on @donjazzy “@iambangalee How many states/countries should we give them?’’

However, the exact dates, venues or artists to perform during the tour were not mentioned in their different posts.

Nevertheless, it is a welcome and cheering news for fans of Mo Hits Records, after members of the group went their separate ways in 2012.

The Squad had artists such as Don Jazzy, D’Banj, Dr Sid, Wande Coal, D’ Prince aka Omoba and K-Switch.

After the breakup, Don Jazzy went on to establish another record label known as Mavin Records (MR) and took along with him, D’Prince, Dr Sid and Wande Coal.

ALSO READ: Fear of poverty made me think out of box —D’banj

Later, the iconic producer and the Chief Executive Officer of MR went on to sign the likes of Tiwa Savage, Korede Bello, Di’Ja, Reekado Banks, Johnny Drille, Poe and the DNA Twins.

D’Banj, On the other hand, signed a record deal with American Kanye West’s “Good Music.’’

He founded DB Record where he signed his younger brother, K-Switch alongside two producers Jaysleek and Deevee.

NCAA audit not meant to target any airline ―AON chairman