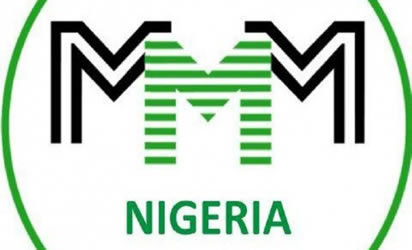 Although several studies and competent statistics have shown Facebook as the most popular website globally, it is no longer so in Nigeria with a study revealing that the ponzi scheme, Mavrodi Mundial Movement (MMM), is more popular in the country than the foremost social networking site.

The ponzi scheme took Nigeria by storm in the last quarter of 2015 and, as pointed out by Alexa, a popular ranking portal, in its study, which was cited by the Cable News Network (CNN), on Friday, MMM bested Facebook and even Wikipedia in traffic.

The ranking portal, following a statistical data conducted, last month, revealed that MMMoffice.com, the official portal of the scheme in the country, rose to become the fifth most visited website in Nigeria, rising 40,385 places through the ranks, ahead of Facebook and three other popular websites, including Wikipedia, Jumia and Nairaland.

The four other social networking sites ahead of MM M Nigeria, according to Alexa ranking, are Google.com, Google.com.ng, Youtube.com and Yahoo.com.

In the same vein, Similarweb, another web ranking service that is as popular as Alexa, also placed the MMM portal sixth with a 5,994 rise, thus confirming the popularity and dominance of the MMM ponzi scheme in the country.

According to the surveys by Alexa and Similarweb, while Nigeria cannot really be said to be a mobile-first country, the rising popularity and acceptability of the MMM by Nigerians may be a reflection of the downward spiral of the economy.

A survey of current MMM beneficiaries revealed a higher trend of logging into the website via desktop computer, with the more youthful investors in the scheme more disposed to smart phones, while a few of them were using laptops and the older beneficiaries logging in, using the scheme’s web portal.

CNN, in its report, on Friday, lend credence to the “meteoric rise of one of the world’s largest ponzi schemes in Nigeria”, noting that many Nigerians defied several and repeated warnings by the government and its agencies not to continue to invest in MMM.

There were shock waves across the country when MMM, a Russian company, on Tuesday, announced the suspension of the accounts of its Nigerian investors.

Since then, it has been a flurry of activities as the MMM continued to receive rave mentions in the media, both print and electronics.

While its introduction continued to receive mixed feelings, as its converts claimed that it had harmless benefits and the skeptics believing that it was yet another con scheme, the MMM referral programme, was enjoying a celebrity status until the bubble burst.

‘MMM is not going anywhere’

In spite of the announced freezing of the MMM Nigeria accounts, one of the investors, Ifeanyi Okoro, remained confident as he told CNN, “Even with this minor setback, I still strongly have confidence in MMM. The government and the press will amplify this but we all know that MMM is not going anywhere”.

Another investor in the scheme, Joe Sanya, who claimed that he had already invested N1 Million in the scheme, expressed confidence in MMM, even as he warned that the only thing that could harm the system was the fact that the news of freezing of the accounts would instill fear in MMM’s prospective members as well as confirmed account holders.

“The abrupt action of MMM has brought lot of fears and panic already which could even in itself crash the system. Guiders will have to come up with a plan to put the mind of Nigerians at ease. I don’t know how they will do that but it has to be done. We need a constructive counter move from MMM against the enormous negativity going on via social media right now or else my one million naira and those of my friends will be gone”, he told CNN.

For yet another investor, Michael Mbah, “This (the frozen accounts) is a temporary measure to save the system and saving the system is saving our money. Our money is safe. By January, the system will be back and it will be stronger.”

Several other respondents spoke with CNN on their passion for the MMM ponzi scheme, despite repeated warnings against doing so, even as the conversation was extended to churches, where varied official positions were taken in different places of worship.

As reported by CNN, while some of the pastors at the Redeemed Christian Church of God (RCCG), unarguably the largest pentecostal church in the country, were firm in their opposition to the scheme, some were allowing it, while some others were neither here nor there on the issue.

Pastor Agbede Mayowa, who heads a branch of the church in Lagos, the CNN said, saw in MMM a real dilemma for clergymen and thus was promoting an open conversation on the subject among members of the congregation.

“I have been inundated with messages and calls on MMM: ‘Pastor, is it a sin? ‘Should a Christian be involved?’ Personally, I don’t think it is a sin even though I have my reservations. Most people however think otherwise”, he told CNN.

For an Ibadan-based economist, Lekan Adigun, the wide acceptance of MMM in Nigeria, in spite of numerous failures of similar schemes, was not in line with industry edicts, but fallout of the recession and desire of the people for quick wealth.

“According to the Alexa ranking, MMM’s is the fifth most visited website in Nigeria, more popular than Facebook. It has also shown that Nigeria isn’t really a mobile first nation and getting the support of the government is overrated”, Adigun said.

Why I am giving up life on Earth for Mars — Adriana Marais, South African physicist

I am not a play boy; I have only dated five women all my life —Khing Bassey