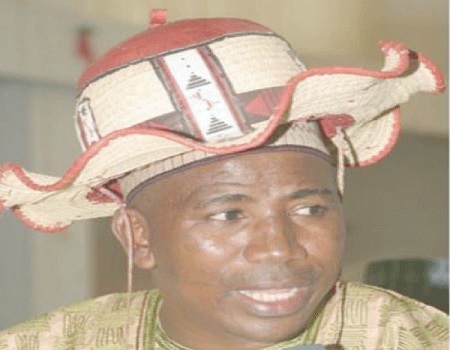 The National President, Miyetti Allah Kautal Hore Sociocultural Association, Alhaji Abdullahi Bello Bodejo has denied that he made a claim that Nigeria is a Fulani country as being circulated in the social media.

Bello in a statement issued on Sunday described the report as blatant fabricated lies perpetrated by the enemies of Fulbe people.

“My attention is drawn to a news report making rounds in the Social Media to the effect that as National President of Miyetti Allah I made claims that Nigeria is a Fulbe country and that the Fulbe can enter anywhere without permission. And that the Fulbe are also raising 100,000 militiamen to enforce their will on every community in this country.

“I want to state clearly and unequivocally that this news report is a blatant fabricated lie. It is actually the enemies of the Fulbe people that are at it again, as always, concocting such insidious and malicious falsehood against our people for their diabolical agenda against the Nigerian state,” he said.

He said he actually granted an interview with a Newspaper on Amotekun where he said every ethnic group has the right to defend itself against aggression.

“No doubt I was asked by the Sun Newspaper to react on the formation of Amotekun and my response was that every ethnic group has the inalienable right to defend itself against any aggression, including the Fulbe. That Fulbe will pursue their legitimate business anywhere in Nigeria as the country is as much their inheritance as it is of other groups.

ALSO READ: Government must save media from total collapse ― Guild of Editors

“I further said the Fulbe will also form their vigilante groups if necessary to ward off any threat against our people and against the incessant cattle rustlings that our people have been suffering for decades without respite from government and other communities.

“For example, more than 804 Fulbe were murdered in cold blood in June 2017 and more than 10,000 of their cattle killed by Mambila militias in Taraba State, the continuous killing of our people and stealing and rustling their Cattles in Plateau, Southern Kaduna, Benue, Zamfara with no arrest against the perpetrators.

“The sustain propaganda and hate speech against the Fulani Pastoralists by tribal champions and ethnic bigots.

“This is essentially what l said to the Sun Newspaper. But I am surprised that I did not see this report on the media I spoke to but it went distortedly viral on some other social media.

“Miyetti Allah refutes this news report and condemns the inherent mischief by the enemies of the Fulbe for this diabolical act. With or without Miyetti Allah, the Fulbe have the ability, capacity and right to defend themselves in Nigeria and indeed anywhere. Let those who wish this our great country ill to look for other means but leave the Fulbe alone. We have enough of our problems without adding salt to injury,” the statement added.

Majek Fashek And The Curse Of Drug Addiction
THE death of Nigerian singer-songwriter, guitarist and reggae music lord, Majek Fashek, in New York, America, last week threw Nigerians into a nostalgic mood. It brought into memory the exact picture of a musical icon who the country lost to the icy pincers of death. Reports of his passage sauced his strides on the dancehall… Miyetti Allah Miyetti Allah Read full story

Government must save media from total collapse ― Guild of Editors