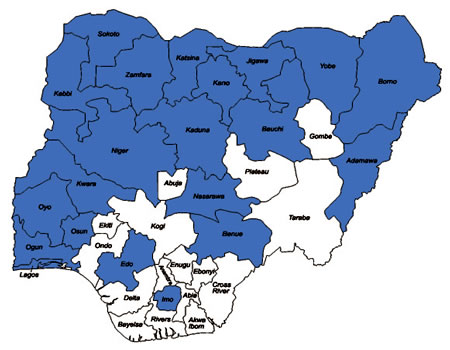 Leadership in any polity is the machinery that drives the vision, mission and ideology of a nation. Leadership has to do with the power or ability to lead other people. The principal problem of Nigeria is leadership; other problems are its vices, derivatives or offshoots. Instead of focusing on unity of our colonialism-designed diversity, Nigerian leaders always indulge in altercations with vituperative criticisms.

Their selfishness blindfolds them to the extent that they are unbothered about washing their dirty linen in public, especially in the media.  The recent narrative of former President Olusegun Obasanjo’s comments against the President Muhammadu Buhari government was everywhere.  Obasanjo while delivering a paper titled; ‘Moving Nigeria Away from Tipping Over’ at a consultative dialogue in Abuja said Nigeria is a failed state under Muhammadu Buhari, and expressed fears of possible disintegration.

A former President turned social critic should calm down. Asking Obasanjo to calm down is not in any way in support of Buhari, who might be ‘guilty’ as accused. Obasanjo had ruled this country for not less than ten years during which he should have fixed all the problems he’s now identifying. So, on accusation of guilt of maladministration, Obasanjo is as guilty as Buhari, if he claimed Buhari is guilty.

Similarly, the presidency has also replied Obasanjo, addressing him as “yesterday’s man”. Other leaders and stakeholders, both for and against, have also joined in the altercations, vituperations and ignoble campaigns of calumny, which tend to divide us more than unite us. Nigeria’s leadership problem is like the proverbial lame person who replies public complaints over his awkward position asking them to look down at his legs and not up at his head.

Amalgamation of northern and southern protectorate of Nigeria in 1914 was the bane of our diversity problem in today’s Nigeria. And since we were given independence in 1960, our leadership has been more of a bane than a boon for our national existence. The fact that Obasanjo was addressing “a meeting of ethnic and regional leaders with a well-known antagonistic disposition towards Buhari and his government”, as reported, shows he’s rehashing the disintegration which he has envisaged.

Chief Obasanjo is a former President of this country. If he has any genuine idea that can help us as a nation, he should contact President Buhari instead of airing their dirty laundry in public. The problem with our leaders is that they do things with selfish motives and not in national interest.