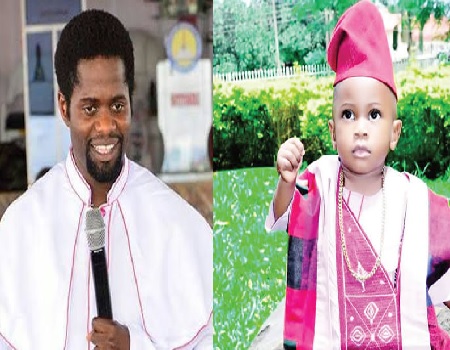 After 11 months of the mysterious disappearance of a one-year-old toddler, Gold Kolawole, during church service in Sotitobire Praising Chapel in Akure, Ondo State capital, the Ondo State High Court on Tuesday, sentenced the founder of the church, Prophet Babatunde Alfa to life imprisonment.

Alfa, along with five other workers of the Church, was found guilty and convicted by the Justice Olusegun Odusola, of the Ondo State High Court, based on the circumstantial evidence presented before the Court by the prosecution.

The six defendants including the founder of the Church were sentenced on a two-count charge of conspiracy and aiding and abetting kidnapping, leading to the disappearance of the missing boy.

Justice Odusola during the five hours judgement, frowned over the complicity, connivance and compromise of the Ondo State Police Command is investigating the disappearance of the toddler, while the Judge said that lackadaisical attitude of Prophet Alfa was a pointer to his involvement in the disappearance of the missing child, in his church last November.

The Court handed seven-year imprisonment to Alfa and five others involved in the suit in the first charge of conspiracy to commit a felony while they were handed life imprisonment on the second count charge for aiding and abetting kidnapping contrary to and punishable under the Section 5 of the Ondo State Anti-kidnapping and Anti-Abduction law 2010.

The Court, however, discharged and set free the 7th defendant, Peter Anjorin, over lack of substantial evidence on the part of the prosecution.

Anjorin, according to the prosecution, was accused of destroying evidence contrary to and punishable under Section 123 of the criminal code law of Ondo State 2006.

Prophet Alfa who is the founder of the popular Sotitobire church at Oshinle quarters area of Akure was alleged of complicity in the missing of the young boy by the parents of the missing child.

It will be recalled that the one-year-old boy disappeared during Church service since November 10, 2019, while the founder of the Church, Alfa and some church members were fingered in the disappearance of the boy.

Executive/ Legislative retreat to APC: Take control of your members