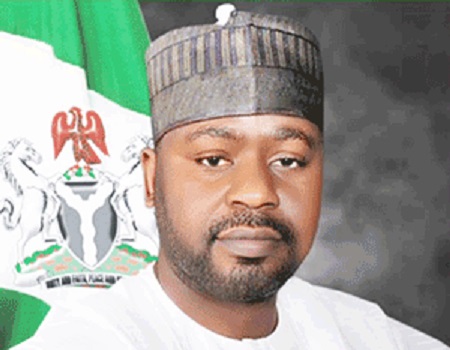 FORMER minister of state power, Mohammed Wakil,  has been arraigned before the federal High court Maiduguri by the Economic and Financial Crimes Commission, EFCC, on Monday over money laundering charges.

Arraigned alongside him on a seven-count charge for the offence of criminal conspiracy to commit Money Laundering to the tune of N341million before Justice Mohammed Salihu of the federal high court were Garba Abacha, Ibrahim Birma, Dr Abubakar Kullima and Engr. Muhammad Kachalla.

The ex-minister found himself in soup when the Commission received an intelligence dated 13th April 2016 against Diezani Alison Madueke who warehoused large amounts of money through Fidelity Bank to influence the 2015 elections in favour of her principal.

On investigation, it was learnt that substantial amounts of the Dezani loot were shared by the defendants to politicians in Borno State for specific purposes.

“They agreed among themselves to make and receive cash payments above threshold outside financial institutions.” Which made them culpable by Nigerian financial laws.

Count one read: “That you, Muhammad Wakil, Garba Abacha, Ibrahim Shehu Birma, Dr Abubakar Ali Kullima and Engr. Muhammad Baba Kachalla on or about the 26th day of March 2015 at Maiduguri, Borno State within the jurisdiction of this Honourable Court, did agree among yourselves to do an illegal act, to wit: conspiracy to Commit Money Laundering and thereby committed an offence contrary to and punishable under section 18(a) of the Money Laundering (Prohibition) Act, 2011 (As Amended)”.

The defendants pleaded not guilty to the counts prepared against them.

Counsel to the prosecution Halima Shehu applied for a trial date while in his reply, counsel to the first, second and third defendants Mohammed Umoru prayed for the remand of the defendants in the EFCC custody pending the hearing of bail application.

Justice Mohammed Salihu adjourned the matter to 3rd July 2018 for the hearing of the bail application and ordered the remand of the defendants in the EFCC custody.