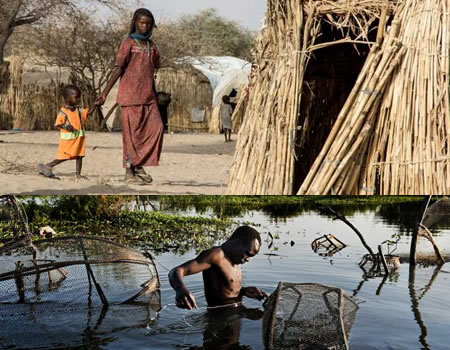 THE Minister of Interior Lt. Gen. Abdulrahman Dambazau (retd),  has called on international donors and other stakeholders to support the Federal Government in its efforts at addressing the humanitarian crisis in the Lake Chad Basin.

Dambazau made the call in Abuja while speaking at the second Regional Protection Dialogue on Lake Chad Basin.

He said the cooperation of the stakeholders was necessary in ensuring that  efforts at alleviating the crisis in the region yielded positive results.

He recalled that a tripartite agreement among Nigeria, Cameroon and United Nations High Commissioner for Refugees (UNHCR) was signed in March, 2017.

Dambazau said that the agreement was to facilitate the voluntary return of Nigerian refugees living in Cameroon in a safe and dignified manner, adding that the process for the return of the refugees was ongoing.

The minister noted that security in the basin had remained a challenge in spite of the efforts of the joint military forces of countries in the basin.

He said further that“inspite of the huge breakthrough achieved in the fight against the insurgents  through the efforts of our joint military forces, security in the Basin had remained a challenge, particularly for the displaced population and other vulnerable groups.”

The minister explained that the aim of the dialogue was for stakeholders to appraise the commitments toward the implementation of outcome of the first meeting.It would  explore broader regional and international support towards comprehensive review of the protection situation in Lake Chad Basin countries.

He also explained that the dialogue would help reinvigorate consensus around protection considerations and principles as informed by international law and standard norms.

The minister added that the objective of the meeting was to identify the protection risk in the region resulting from conflict-induced crisis in the Lake Chad Basin, and proffer appropriate practical solutions to redress them.