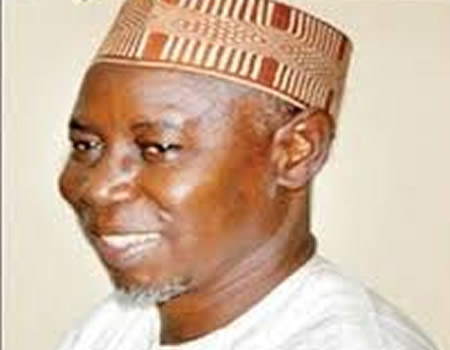 Minister of State for Power, Housing and Transport,  Suleiman Hassan Zarma has secured the release of 36 inmates of the Gombe State main Prisons.
Hassan Zarma disclosed this while speaking with Journalists in Gombe on Saturday shortly after the release of the  24 inmates whom he paid off various sums of money as fines ranging from N10000 and below.
The remaining 12 inmates are awaiting the Court to resume after the holidays to order for their release.
The Minister urged the lucky prisoners  to turn over a new leaf and to seek to become better citizens and to consider their experiences while incarcerated as turning points in their lives.
He added that he was motivated to take the step following the recent  release of 500 inmates in Kano by President Muhammadu Buhari explaining that all the prison inmates released committed one civil offence or the other but could not afford the fines.
Hassan Zarma lamented the conditions of prisons across the country, stressing that even though prison reforms is long overdue, unless circumstances that led to the influx of persons into the prisons were addressed Nigerian prisons would remain congested and inhabitable.
“In the first place, it is public knowledge that our prisons are over congested. This facility was built for about 393 people but now host over 1000 people” he said.

“Some of the persons we secured their release today committed minor offences with very small charges. We think government would have no business keeping them here and feeding them at a cost possibly higher than what they suppose to pay as fine,” he said.
The Minister added that even though some of the released inmates may not be from Gombe State, he remains duty bound to secure their release in order for them to start new lives as well as relieve the burden on the prison facility.
“They can go and start their lives again so that they can be better citizens and contribute more to national growth. You can see most of them are not up to 30 years old, they are young people with potentials to make their mark in life given proper orientation,” he said.
The Minister said that even though the situation has persisted for long, there is the urgent need to address issues relating to the judicial system as well as committing more resources towards ensuring the desired reforms.
“We have to be fair to government. This thing have been long for so long, whatever effort is done now will be dissipated. There are so many issues around decongestion of prisons. There is the judicial process and then there is the financial aspect of it. All of these will have to be looked at again and then choose what better model to use so that we can make the place a better place for them,” the Minister said.
He however appealed to spirited individuals to cue in with the effort of President Buhari by securing the release of prisoners in order to not only decongest the prisons but also relieve the burden of upkeep of inmates on government.
Also Speaking the Deputy State Comptroller of Prisons, Ibrahim Gide disclosed that 36 inmates regained their freedom after the minister paid their fines. He described the gesture as a welcome development.
Ibrahim Gide advised the released inmates to go back into the society as useful citizens.
One of the released inmates, Daniel Ambrose, an indigene of Billiri Local Government Area of the State, described the gesture as a miracle while expressing gratitude to the minister.
InmatesMinisterprisoner
Share

FG to get Chibok girls out soon ―Senator Ndume