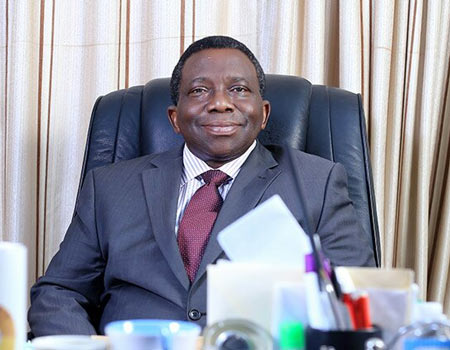 THE Federal Government has reiterated its commitment towards reducing mortality and morbidity from road crashes in Nigeria.

Minister of Health, Prof. Isaac Adewole, made this known when he received the Special Envoy of the Secretary General of United Nation on Road Safety, Mr. Jean Todt, in Abuja.

He said that the Federal Government through the Federal Ministry of Health would continue to partner the Federal Road Safety Corps (FRSC) and other relevant stakeholders towards realisation of the goals of the UN decade of action on road safety in Nigeria.

Professor Adewole pointed out that some of the activities of the ministry were in line with the 5th pillar of the UN Decade of action which include to establish and develop a formal training for paramedics in accredited institution in Nigeria with full curriculum and placement into scheme of service in the country.

He informed that there was a fully equipped level 1 Trauma Centre at the National Hospital where victims with complex injuries from Road Traffic Crashes (RTC) were treated, adding that there were also an established National auto crash integrated data system (NACRIS), which harmonised database of RTC in the country.

The Minister further said that there was a development of National Policies on Emergency Medical and National Ambulance Services in the country and that the ministry had started the implementation of free treatment of victims within the first 24 hours of incident.

In his remark, the Minister of State for Health, Dr. Osagie Ehanire, said that the FMOH has a consolidated Emergency Medical Service on various highway corridors.

You may also read more about this here:

Ministry okays bicycle as means of transportation in FCT