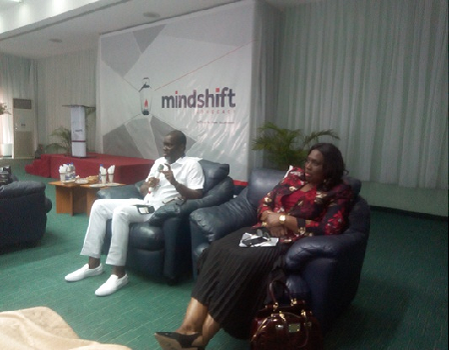 Mindshift Advocacy for Development Initiative, a campaign for value-re-orientation and attitudinal change among citizens, and leaders alike was on Thursday launched in the Federal Capital Territory. (FCT)

The News Agency of Nigeria (NAN) reports that government functionaries, leaders from both the private and public sectors, youths and the media were present at the event held at the International Conference Centre, Abuja.

Mr David Okupe, Coordinator of Mindshift Advocacy, organisers of the programme, made a presentation of the initiative’s blueprint and objectives.

According to him, the Mindshift campaign is a non-government and non-political initiative geared towards redirecting citizens’ minds from negative mindsets to positive ones towards values re-awakening and unflinching patriotism for the fatherland.

“In Nigeria, there are many challenges facing us, and central to these problems is the issue of human behaviour in relation to issues such as compromising values, low level of enlightenment of the populace.

“There is also the issue of easy acceptance of the culture of mediocrity and get rich quick syndrome among the youth of today.

“This is rather frustrating for all us citizens of Nigeria, considering that the youth are supposed to be future of our country.

“Mindshift Advocacy for Development Initiative is set to do a new thing in Nigeria by approaching the Nigerian problems from a different perspective.

“We believe that Nigerians, both leaders and followers, rich and poor, young and old need a different orientation to be able to chart a new direction and behaviour,” he said.

Okupe explained further that the campaign would be focused largely on young Nigerians since they are future custodians of the values and character that define the Nigerian people.

He added that the group was set to use issue-based research as a tool to give an in-depth understanding of and insights into the current state of minds of citizens.

He noted that “such research will serve as a basis to develop and implement citizens enlightenment programmes and action-oriented initiatives for sustainable positive individual, societal and national transformation.

“Citizens and political leaders need to stop being hypocritical about patriotism and nation-building.

“We need to be truthful to ourselves and have the boldness to be objective about our real situation.

“We need to have the political will to do the right things always, we need to become a nation of conscience and objectivity,” he said.

Okupe further said that the group would champion a platform for fruitful interaction between government at all levels and citizens to engender productive relationship between leaders and citizens.