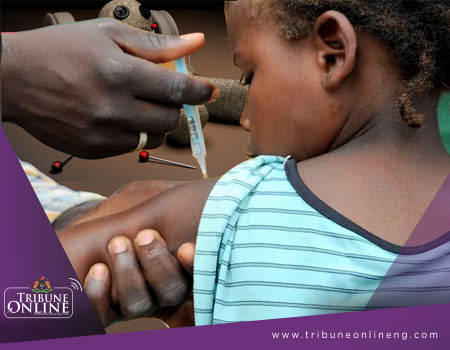 KANO State Government has earmarked over N19 million to prevent the outbreak of Cerebrospinal Meningitis disease in the state.

Dr Kabir Getso, the Kano State Commissioner for Health, made this known on Friday in Kano during an orientation organised for journalists on health, for the Immunisation plus Days (IPDs).

Getso said the fund was part of measures put in place to ensure that there was no outbreak of the disease in the state as it occurred in some other northern states.

He said though there was no record of such outbreak in the state, yet the government would not wait until there is an outbreak before any measure should be taken.

He said a rapid response team had been reactivated which included experts that would go to communities to sensitise them on the signs of the disease.

The commissioner said the measure was to have immediate response whenever there are such cases.

He said drugs have been provided free to treat such disease whenever the need arise to guide against epidemic situation.

Getso said that in 2016, the Kano State Government had spent over N4 billion to provide all the health care facilities and basic equipment in the state to make them more functional.

He said CT scan machine had already been installed at the Muhammad Wase General Hospital in Nasarawa Local Government Area of the state and would soon be inaugurated.

“This is the first time in the history of the state that such machine is procured and installed in one of the state’s hospital.

“And I assure you that it’s not only one CT scan machine that was procured, another one will soon be installed at the new Giginyu General Hospital,” he said.

Getso said the state government was trying to provide the Giginyu Hospital with modern facilities in terms of infrastructure and equipment.

“In the last one year, the Kano State Government has employed 400 health care workers including doctors, nurses, pharmacists, laboratory and medical scientists.

“This is part of the efforts of the state government to ensure that the teeming populace in the state receive proper health care attention,” he said.

The commissioner said efforts were ongoing to upgrade the 10 health training institutions in the state to boost healthcare delivery.

He said government has earmarked over N300 million to upgrade three of the health training institutions.

Expert calls for increased awareness on colon cancer among Nigerians

No conclusion yet on ‘strange’ deaths in Kano