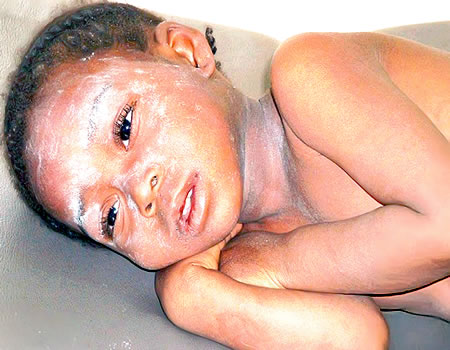 FOLLOWING a reported outbreak of measles in some parts of the country, Niger, Lagos and Plateau states, however, said no case was recorded in the states.

Suspected cases of the disease were recorded at Wusar Community of Igabi Local Government Area of Kaduna State, where some children died.

Dr Abbas Liman, the Deputy Director, Public Health, Niger Ministry of Health, said there was no out break of measles in the state in the recent time.

Liman told News Agency of Nigeria (NAN) in Minna that the measles outbreak in Kaduna State made the Niger Government to embark on health education and immunisation to forstall its spread to the state.

He said “routine immunisation from birth to one year is ongoing but in addition to that, children who missed out because they were delivered at home are being targeted from house to house at different locations.

“The targeted immunisation began in Gbako Local Government and we are going to spread it across the 25 local government areas of the state.’’

The deputy director explained that the state has enough measles vaccine to ward off the disease.

The state Epidemiologist , Dr Sheshi Idris, also said that the immunisation started in Gbako area, and would be done state-wide because Niger is close to Kaduna State.

The story is same in Plateau as officials said no measles case was recorded.

Dr Polycarp Azzuwut, the Permanent Secretary in the state’s Ministry of Health, told NAN that adherence to routine vaccination and the 2018 mass measles immunisation of children from zero to five years was strategic in the success recorded.

He, however, added that mild cases of the disease were reported in hospitals and primary healthcare centres which were not live to threaten because the children had been immunised.

He revealed that the state’s epidemiology surveillance team are in the 17 local government areas, surveying for any outbreak and prompt medical attention.

He pointed out that two doses of the measles vaccine is recommended to ensure immunity in children and to prevent outbreaks.

He explained that the first dose of routine measles vaccine was usually not enough to build immunity in some children and must take a second dose.

Azzuwut said that without sustained adherence to the routine measles vaccination, the gains achieved could be lost as outbreaks could occur.

According to him, measles is a highly contagious and serious disease which leads to death.

He appealed to parents to adhere to the routine immunisation of their children “because it is safe, effective and free.’’

Iwalokun said major activities such as population immunity of the affected and surrounding areas must occur to prevent an outbreak.

The second aspect is to determine the percentage of infants aged below nine months with protective maternal antibodies.

He added that “this is one reason why our primary healthcare system needs to be strengthened to offer quality routine immunisation and reactive immunisation services.

“Measles immunisation coverage in Nigeria is currently sub-optimal, with the northern part of the country more affected than the south.

“Before nine months, a Nigerian child is not eligible for measles vaccine. Maternal antibodies are expected to give this protection during this pre-vaccination period.

“Unfortunately, this is not the case for malnourished and infected infant or infants who received a protective level of anti-measles antibodies from their mothers.’’

The Permanent Secretary in the state’s Ministry of Health, Dr Titilayo Goncalves, said the ministry had continued to emphasise, through awareness campaigns and education, the need for children to get vaccinated.

She said “we always harp on immunisation and that is why the primary healthcare centres are opened to the public at all times.

She advised that children with eruptions should be restricted from playing with others to prevent spread.

The UN Children’s Fund (UNICEF) said reactive vaccination was done by the state on July 4 for children between the ages of nine and 59 months, with added vitamin A administration.

UNICEF Representative in Nigeria, Peter Hawkins, said outreaches were also carried out to sensitise communities on the importance of immunisation.

“Also, there has been sensitisation on proper feeding and hygiene for children, as well as improved sanitation.’’

“Other interventions include follow up on laboratory results; a collection of samples, where necessary, updated line list from local government areas,’’ Hawkins said.

Dr Oluwatosin Olowojebutu, a General Practitioner, said there was a need to raise public awareness and ensure vaccine uptake in the country, especially at the grassroots to prevent any outbreaks.

Olowojebutu, the Medical Director of Benjamin Olowojebutu Foundation, Ojodu area of Lagos, said that vaccine should be encouraged at every available opportunity.

He added that “immunisation is the only effective preventive measure against measles.’’