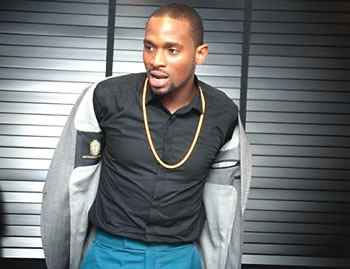 Days back, news broke out that Kokomaster, D’Banj, got married secretly to her long time girlfriend.

The identity of the woman and the authenticity of the marriage have not been confirmed by D’banj, who was rumoured to have secretly got married at his Lekki residence on July 2.

Efforts to get D’banj’s reaction to the confirm the news proved abortive as the Kokomaster said he would not comment on the story.

While the alleged secret wedding of D’banj remains a mystery to a lot of people, D’banj had insisted in an interview he granted weeks back that when he finally gets married, it would not be made public. He had said that when he gets married,nobody will hear about it early this year.

“Well, I don’t know yet but I know that I am intending to do it this year. More importantly for me, I’ve always wanted to have a child, but last year my brother, Kay Switch, had a child and it brought so much joy to me. So this year, I’m thinking of settling down to have my own Koko junior soon,” he said.

A close source to the singer told R that “D’banj had always planned to get married secretly but I’m really not sure if he’s done it. A lot of people have been asking me this same question for days, but I don’t know more than you already know.

“Yes, I am very close to D’banj but that does not mean he tells me everything or I am privy to all the his moves. What I can tell you is that married or not, D’banj will not tell a soul about his wedding plans. I am very sure of that.”

Police arrest some suspects over killing of woman preacher in Abuja