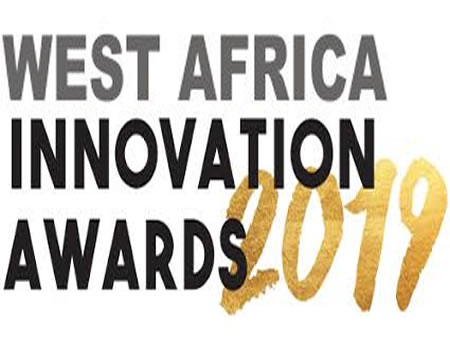 BESIDES serving as a recognition initiative, aimed at celebrating prominent individual and corporate brands that have made a mark for themselves in their market segments, the annual West Africa Innovation Awards, is also fast becoming another avenue for attendees to learn few tricks about brand-building from the ‘masters’, the awardees.

Interestingly, for the past nine years, such tales were never short in coming, from awardees,  picked by the  event jury, after a rigorous screening exercise, that involves  going through the ‘due diligence’ process of the jury, unscathed.

This year’ s edition of the event, held over the weekend, in Lagos, was no exception. Besides recognizing prominent brands from different sectors of the economy, ranging from Advertising, Power and Built, the awardees were allotted time to tell their stories and share their brand-building experiences, with the audience.

Firing the first salvo, a frontline advertising practitioner and immediate past president of the Outdoor Advertisers Association of Nigeria (OAAN),  Mr. Babatunde Adedoyin argued that the nation’s advertising industry had evolved over the decades.

The industry once prided itself as operating a full-fledged agency structure, ‘where everything was done from within’, the former OAAN boss stated.

According to him,  it was easier getting things done,  then, since all the units needed by the clients to work on their briefs were under one umbrella. And while the Media Department wielded immense influence then, the Client Service remained the most powerful; since that was the department, within the organisation, with the sole responsibility of interacting with the clients.

“The Client Service Department used to lead the agency because they were the contact with the client, though the media was the engine room  where the money was being made  then.

“The client Service takes the brief from the client and takes the creative work back to the client,” he added.

But all this, the Mediaview boss lamented, has since changed.

What used to be units and departments of an advertising agency, then, had since blossomed into full-fledged advertising companies.

Interestingly, this is not without its implications for the industry, he lamented.

According to him, emphasis had since changed from quality service delivery to how much the media agency could save for its clients.

Besides, the unhealthy competition existing between media agencies in the industry, had also begun to take its toll on the industry.

“What we are seeing nowadays is that media agencies go to the clients to tell them what they want to hear. They know that what the client wants to hear is: how much do you want to save for me?

“When Agency A promises 30 days, before a payment is done, Agency B gives 60, and you will be surprised that the third agency will be ready to give 90  days. That is why we are now in 120 days, as against the industry standard of 30days. We are afraid it may get to six months.

“It also affects the media owners because the money is not coming in, and in that situation,  there is no way media owners  can innovate, buy new equipment and  pay salaries. And if salaries are not being paid, where would the motivation come from?” he asked, rhetorically.

Adedoyin also argued that the intervention of the state, through its regulatory agencies, had also been a challenge to practitioners and practice  of outdoor in the country.

According to him, the outdoor advertising sector has continued to be a shadow of its old self, since the advent of states’ outdoor advertising agencies; since they have continued to play the ‘tax man’s ‘ role in the industry, instead of limiting themselves to their  statutory role of creating a suitable business ambience for businesses to flourish.

Sharing his own brand-building tale, the Chief Executive Officer of First Generation Mortgage Bank (FGMB) Limited, Mr. Young -Toby Ekechi, explained that what the private  mortgage bank had done was to identify the gaps in the nation’s built sector, and come up with strategies at filling such gaps.

“We looked at the Nigerian Housing and Mortgage sector and we discovered that a lot  of Nigerians  are unhoused. And it’s  been quite difficult, even for federal government to provide housing for all Nigerians, even with the Federal Mortgage Bank of Nigeria.

“We believe that  it is either because people do not have the capacity to own houses or  there are no houses to own,” he explained.

According to him, the strategy adopted, therefore was  to go into partnership with developers, across the country, a development that saw the Bank give mortgages  in the last two quarters of 2019, in the excess of 300 units.

“The strategy is to have  some level of agreement with such developers to give out these houses, without having to have their profits in the short run. So the developers were able to cover the cost of construction and then the profit and others spread over years.

“The bank is the only mortgage bank, privately owned that is giving mortgages for ten years tenure at single digit interest rate, the only entity that is doing that at the moment is Federal Mortgage Bank of Nigeria,” he added.

In a paper delivered at the event, the Chief Executive Officer of Jungle of Ideas, Mr. Emeka Ugbogu, stressed the need  for brands to continually innovate to enable them survive competition.

He argued that since the world is gradually becoming tech-driven, it  has become imperative for brands  to maximise technology in their operations.

“We should try as much as possible to maximise technology, as brands. In the next few years, jobs will go, many things will change, because we are in that age of disruption. We must begin to think ahead and see how we can leverage this technology to enhance our businesses.

“We must be brand-builders. Unfortunately we are not there yet, in Nigeria. It is a major challenge. But I believe if we want to be impactful in West Africa, we must begin to build brands,” he added.

“The Project Director, West Africa Innovation Awards, Mr. Abidemi Adesanyae stated that the brands, picked from different sectors of the nation’s economy, were being recognised for the excellent services ‘rendered over the years’.

He explained that the organisers of the Awards would continue to beam their search light on the exploits of brands, within the West African all-region.

One of the ways the organisers plan to make it all-inclusive in the coming years, is the plan to organise the next edition of the Awards in a neighbouring West African country.

The old man and the sea