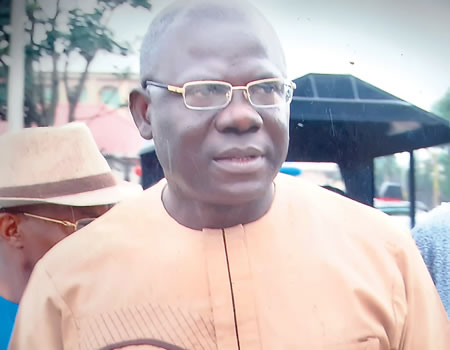 Prof. Etebu made the disclosure at the Kurutie take-off campus of NMU, Okerenkoko, where about 1,300 prospective academic staff shortlisted from over 6,000 applications, were interviewed for recruitment.

Comrade Mulade, a Delta State House of Assembly hopeful, on this note in Warri on Monday,  commended President Buhari and the Minister of Education for making the long-awaited take-off of the university possible.

He said that the establishment of the university would bring rapid development to the Niger Delta region.

“I want to commend the President for the approval given to the academic take off of the Nigerian Maritime University Okerenkoko.

“The people of the Region are excited about this development and are pleased with the President,” he said.

“I equally want to sincerely commend the Honourable Minister of Education for State, Hon Adamu Adamu for setting up a committee to facilitate the take-off of the academic session at the Nigerian Maritime University, Okerenkoko which will engage and curb youth restiveness in Nigeria, particularly in the  Niger Delta region,” Mulade reiterated.

CEPEJ urges Okowa, IOCs to do more for education in Delta

2019 Elections: Don’t kill yourselves because of politicians, N/Delta activist…

There are bad roads in Delta, stop lying to Okowa, activist flays appointees