Man arrested for sleeping with 15-year-old daughter in Ondo 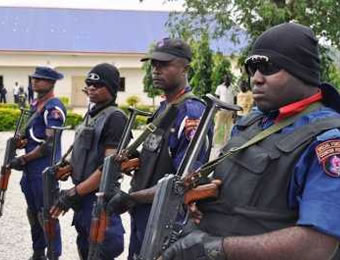 MEN of the Nigeria Security and Civil Defence Corps (NSCDC), Ondo State Command, have arrested a 45-year-old man, Adebisi Akinola, for allegedly raping his 15-year-old daughter for about three years.

The state Commandant of the NSCDC, Mr Pedro Awili, who disclosed this on Tuesday, in Akure, Ondo State capital, said the young girl Akinola had been abusing his daughter sexually since she turned 12, three years ago.

According to the NSCDC boss, the little girl had to run to the NSCDC office in Akure when she could no longer withstand the abuse from her biological father.

Awili said “Akinola has confessed to the crime, he agreed that he has been sleeping with his daughter for three years now.

“Likewise his daughter also confirmed the ugly incident in the course of our interrogation which helped us to quickly nab the suspect”.

The commandant, however, assured that the suspect would be charged to court as soon as possible after all investigation had been completed.

Awili condemned high incidents of rape involving minors in the state and called on parents to keep eyes on their wards while he warned parents, especially fathers to desist from such barbaric act, saying it is a great offence against God.

ALSO READ: I leave the killer of my daughter to God’s judgement ―Oluboyo

The victim while speaking to newsmen said she had earlier reported the case to her paternal aunt, but said that no meaningful step was taken to address the problem.

The timid girl said “I once told my aunt about the harassment from him, but she could not do anything about it, instead it got worse.

“I beg you to help warn him not to sleep with me again because I don’t want him to be jailed because of me.”

The father who admitted sleeping with his daughter, however, attributed it to the handiwork of the devil.

Security beefed up at Benue Assembly over reports of Speaker, Governor’s impeachment

APC chairman, others defect to AD in Ogun