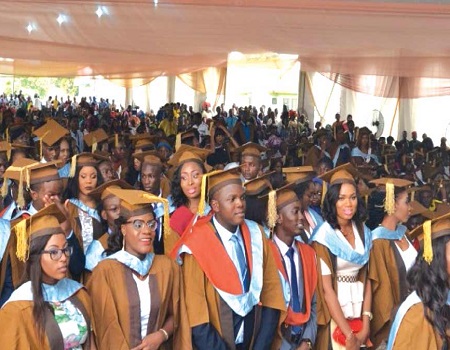 The culture of silence is prevalent in African societies. Sexual harassment in universities is not new, but poses a serious problem today in the Nigerian society, as it is on the increase.

The issues of sexual harassment in universities are not young, as they are escalating. These sexual harassers in universities who are notably lecturers, particularly males, request for sexual favours or unwelcome sexual behaviours from female students which make them feel uncomfortable under the pretext of rendering assistance to them in their academic endeavours.

From time, various academic institutions, particularly. University of Lagos (UNILAG) and University of Ghana, both prestigious universities in West Africa, have faced allegations of sexual assault of students by lecturers, with no plain evidence revealing the truth of the claims. Allegations include a wide range of abuses, from forcing students for sex in exchange for marks and admission to lustful comments and mentoring.

The evidence of these allegations of sexual harassment has helped to uncover what happens behind closed doors of some of West Africa’s most prestigious universities.

Several female students who had been victims of sexual assault had been silenced by these sexual predators while some who reported to the school authorities were alleged to be guilty of defamation, thereby instilling the culture of silence unconsciously in them and massacring their self-esteem.

It appears that too many institutions are more apprehensive with protecting their reputations at the expense of their students’ wellbeing. These institutions have ignored the obligation of stabilising an appropriate learning environment to curb sexual harassment by dismissal of the offenders as well as making elimination of sexual harassment a top priority. This has ensured a protective covering for those immodest academics.

It is the duty of the administrations in West African institutions to ensure and sustain an environment that is appropriate for learning and free from sexual harassment. Elimination of sexual harassment should become a top priority by educating staff no matter the position, to take a stand against inappropriate sexual behaviours in exchange for grades.

Also, the culture of silence should be discouraged as well, for the institution to take necessary and immediate action against sexual perpetrators.

As a matter of requirement, school administrators should set up independent panels that can address cases of sexual harassment and whistleblowing policies should be established to ensure the security of victims that come out to expose instances of harassment.Students should be given orientation and seminars frequently to educate them on how to be confident and create strong personal limits, to know the difference between friendly lecturer-student relationship and flirting coupled with harassment.

Students should be discouraged from approaching lecturers to plead for grades before or after tests or examinations to avoid inviting sexual harassment.  Government should take responsibility of stabilising an appropriate learning environment and making elimination of sexual harassment a top priority.