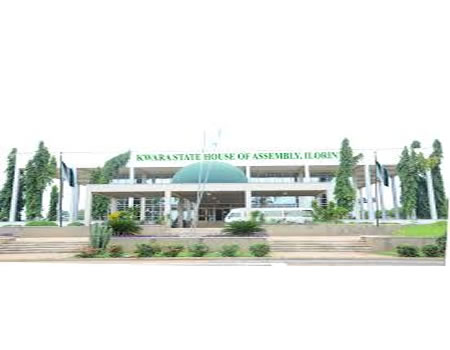 Activities at the 16 local government councils in Kwara State were on Wednesday paralysed as council workers under the aegis of Nigeria Union of Local Government Employees (NULGE)‎ in the state staged a peaceful protest in Ilorin for full autonomy and against alleged continued deductions in local government areas.

‎The council workers, who carried placards with various inscriptions as “We want full autonomy”, “Stop deducting our federal allocations”,  “council workers are hungry and suffering in Kwara”, “No meaningful development at the grassroots”, “we want to collect our IGR by ourselves”, “Scrap JAAC”,  among others marched round the state capital.

The workers, who accused the state government of continually withholding their monthly revenues, described such development as an aberration that would not bring dividends of democracy to the rural populace.

Speaking at the state House of Assembly complex in Ilorin, where they presented their demands to leadership of the House, the state president of the NULGE, Comrade Oloruntade Ibikunle, called for full autonomy in local councils in the state, adding that the Joint Account Allocation Committee (JAAC) should be scrapped with immediate effect.

This, according to him would allow the council workers to have financial autonomy and put an end to payment of salary based on percentage to the workers instead of full salary.

He also decried slow pace of development in the local councils due to the non utilisation of council workers, saying that consultants had taken over the council workers’ duties, especially collection of Internally Generated Revenue.

He also said that it was an aberration for the state government to continue to appoint stooges as transition implementation committee (TIC) members at the councils instead of conducting a free and fair local government council polls through the Independent National Electoral Commission (INEC).

Also speaking, the Speaker of the state House of Assembly, Dr Ali Ahmad, said that, “the conference of Speakers in the 36 states of the federation had resolved to give full autonomy to 774 local government councils in the country”.

The speaker who was represented by the Majority Leader, Honourable Hassan Oyeleke, said that the Kwara State House of Assembly would support the move.