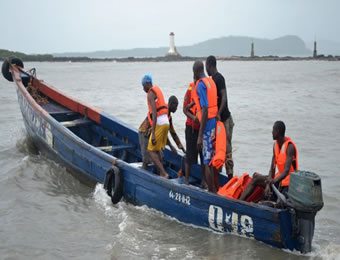 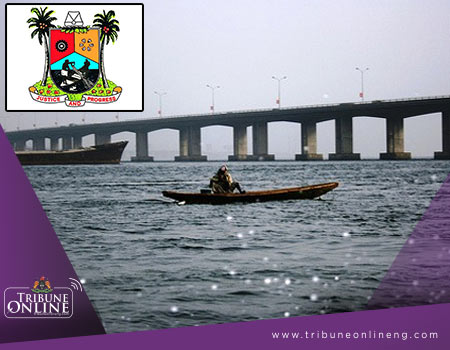 The Lagos State Safety Commission on Thursday  threatened that it would sanction boat operators that failed to comply with safety rules and regulations guiding water transportation in the state.

Mr Hakeem Dickson, the newly appointed Director- General (D-G) of the commission said his during the 2017 annual safe boating campaign held in Ebute-Ero-Elegbata jetty in Lagos-Island.

He said that the campaign was organised to create awareness among stakeholders in the sector on the need to always enforce safety rules and regulations while onboard and in transit to ensure safety of  passengers’ lives and properties.

“The rules, regulations and safety guidelines have been given to all stakeholders, any operator that violates them will face the punishment, ” he said.

Dickson said that the sanction was not to pose threat to operators and owners but for them to comply with safety rules while onboard.

“Any operators that did not comply with the rules will face the law and will be punished.

“ The safety of lives and properties of people in Lagos State matters most to us, ” he said.

He said that part of the commission’s mandate was to continually sensitise stakeholders to ensure that safety becomes a culture among the citizens.

“This will in turn reduce accidents and incidents on the waterways to the barest minimum.

“ It is our belief that this event help to improve the attitude of riders and passengers and ensure positive behavioural safety towards change.

“Safety is key, safety is paramount, ” he said.

Dickson commended Gov. Akinwunmi Ambode of Lagos State’s continued efforts to ensure safety of lives and properties of the citizens of the state through the provisions of various infrastructure and projects.

Kamson, represented by Mr Damilola Emmanuel, the Executive Secretary to the commission said that this was to ensure that all boat owners and operators on the state waterways complied with safety rules.

“This is to ensure that passengers adhere strictly to wearing of safety jackets, comply with safety rules and regulations before and while onboard.

“This is also to ensure that boat drivers do not drink while driving on the waterways.

“Also, it is to ensure that all necessary safety appliances need in boats are available before plying the waterways, ” he said.

He said that the fire extinguisher was necessary to fight fire incident in case if fire occurs while boarding or during transit.

Tarzan Balogun, the National President, Association of Tourists Boat Operators and Water Transporters of Nigeria (ATBOWATON) applauded Gov. Ambode on his safety initiatives for the residents of the state.

Balogun urged the government to do more in ensuring cleanliness on our waterways.

“Our waterways are very dirty, the various state governments are trying but they need to do more.

“The attitude of dumping wastes in the waterways violates safety rules and causes lots of impediments and damage to our boats, engines and operations.

“Government should enforce rules that will guide against illegal dumping of refuses on the waterways; anyone found wanting should be punished,’’ he said.

Balogun said that its association’s members would cooperate and comply with the safety rules and regulations handed to them by LASWA and the Lagos State Safety Commission.