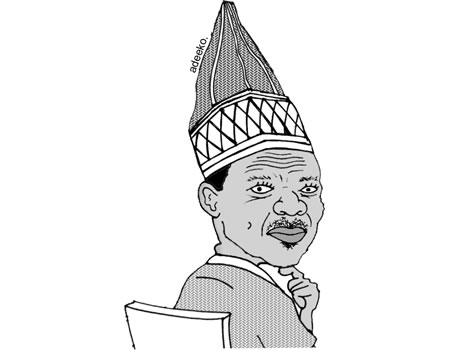 It is clear some commentators are living in the past. Indeed, the Ogun State governor, Senator Ibikunle Amosun, was prescient enough to warn against creation of mind boundaries as South-West marches towards economic integration.

“Instead of building bridges, some of our people are digging trenches for protection against their own brothers and sisters. And to further worsen the situation, some of our people are also making themselves available as instruments of division because of their selfish political gains. The consequence is that our people begin to see themselves as a people of one State or the other rather than as a sub-unit of the Yoruba entity.

“Our founding fathers built Lagos State. They built Ogun State. Not many may even remember that the old Ogun stretched into many parts of today’s Lagos State. Those writers trying to create a wedge between the two brother states had better watch it. We are one people, one culture. Despite the excision of the Lagos Municipality from the Western Region in 1954 following the inauguration of the Lyttleton Constitution, the bulk of the territory of today’s Lagos State, consisting of Ikorodu, Epe, Somolu, Ikeja, Mushin, Ajegunle, Yaba and Badagry remained part of the Western Region. Lagos State is today a member of the Odu’a Group and the march towards economic integration of the old Western Region is on course.

What is more, Lagos and Ogun are headed by progressive governors of the All Progressive Congress (APC). It is true that the Ogun State counterpart had to do twice as much to get the state on the present progressive lane of development because of the depredations of the past, which is known to the progressive governors. If Ogun State has now become an industrial hub just like Lagos is, should that not be celebrated? Isn’t that to the good of the neighbouring states? Are the masses of the two states not the ultimate beneficiaries? Will these leaders remain the governors of their respective states forever? Can we ever separate Lagos from Ogun or Ogun from Lagos?

We must be wary of fifth columnists, political opportunists, profiteers and racketeers who wish to clog the wheel of progress and the march of the two friendly states to economic prosperity.  Having lost on the electoral field, they try to create a non-existent friction, provoke unwarranted malice in order to oil their dubious political machinery. We will not fall for their antics.

To quote Senator Amosun once more, “we cannot allow artificial boundaries such as geography, religion, politics, etc. to hinder our joint development. We should explore the common heritage in culture and tradition as a spring-board for the development of our different states and the entire Region as a whole.”

A leading financial newspaper, Business Day, had this report on its front page the penultimate week that Lagos and Ogun states were fast moving away from other states in the country in financial capacity, following their ability to generate over 60 per cent of their revenue internally. The two states generated 73 per cent and 63 per cent of their revenue internally in 2016. It is this kind of cheery news we should celebrate rather than create a non-existent rivalry between brother states. How meaningless will the agitation for full (fiscal) federalism become if states cannot fend for themselves, if they cannot look inward and provide enabling environment for business growth with an eye on backward integration!

In 2013, the governor of Ogun State invested in heavy land-clearing equipment in a scale never witnessed in the annals of the state. Just recently, another massive investment was made on farm machinery. Hundreds of acres of land have been cultivated. More hectares are being cleared for rice production. Many private investors are making their presence felt in the sector with thousands of direct and indirect employment generated. With the encouragement from government, many rural farms have been established and hundreds of agriculture cooperative societies have benefited from the Commercial Agric Loan of the state government. In one year alone, the Ogun State government produced and sold one million cocoa seedlings to farmers at highly subsidized rate in order to reinvigorate the industry. 70 hectares of Cassava Multiplication Plantation were cultivated for the generation of cassava cuttings that meet industrial and nutritional needs of the populace. The state government equally built model Farm Estates with modern houses in order to encourage graduates of Agriculture and allied disciplines to practice and make the sector attractive to youths, among other achievements in the sector.

Just as Lagos partners Kebbi State, it has agriculture land leased to it in Ogun State in a win-win partnership between states of the same parents and common heritage. The six South West governors have begun moves to harness the “competitive advantage of all the States in the region for sustainable regional development.”

Finally, we should have expected these arm-chair critics – politicians in the robes of writers – to learn from history. The late sage, Chief Obafemi Awolowo, was criticised for being ahead of his time. When he mooted the idea of free education, he was criticised. When he built the first industrial and housing estates in Nigeria, what was the socio-economic situation at the time? When he established the first television service in Africa, how many Nigerians at the time had television sets? When he constructed the Liberty Stadium, the first in Nigeria, what was Western Region’s position in the world in relation to sports or how many children of the Region were in school?

The simple fact is, you do not wait for tomorrow before you plan for it. Those writers trying to ingratiate themselves with either of the top-notch governors of Lagos and Ogun are simply wasting their time. “Ambode and Amosun no get their time.” They should invest their time (pens) in more productive ventures.

Where hope lies for Nigeria is in our hands

Bloodbath and silence from the dome