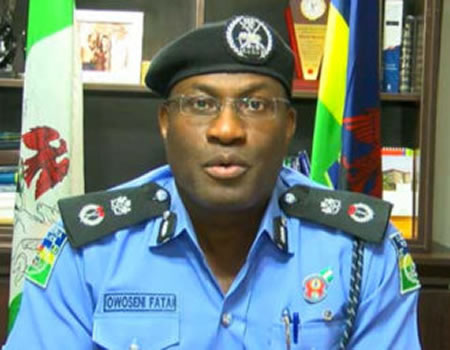 The Lagos State Commissioner of Police, Fatai Owoseni, has assured that the Divisional Police Officer in charge of Ijeshatedo,  Muhammed Yakubu, who fatally shot a 23 -year-old fashion designer to death would be arraigned in court.

The police boss also read the Riot Act to divisional police officers and area commanders in the state on Tuesday.

The deceased fashion designer, Jamiu Ayoade, was allegedly shot to death by the DPO at a birthday party.

The DPO had denied that he killed anybody but was later arrested and detained on the order of the Commissioner of Police.

Owoseni, while speaking during a special lecture tagged “Code of Conduct for law Enforcement Officers” at Police Officers Wives Association (POWA) secretariat, GRA, Ikeja, warned that the police would no longer condone impunity from its officers.

He particularly stated that no Area Commander or DPO is protected by any immunity in case of any act of misdemeanour.

The Lagos police boss, while speaking on the killer DPO, said: “We are putting all charges together as he would soon be arraigned in court. But I want to assure the family of the deceased that we are not going to cover it up; it will be transparent. As soon we are done with the administrative process, he would be arraigned.”

Owoseni also said: “I am also tired of commiserating with the families of those killed because some of you are doing what you are not supposed to do. Remember one day that you are going to die and give account to your creator.”

He charged the senior police officers to “go back to your areas of jurisdiction and warn your men against brutality, indiscriminate use of handcuffs on pregnant women, aged and disabled people. Special Anti- Robbery Squad should also take note, because I will not tolerate any act of indiscipline.

“DPOs, it is your responsibility to know those who are collecting bribe under you. If you refuse to stop them, they will stop you from being a DPO.  It is embarrassing seeing policemen collecting bribes and chasing Yahoo (internet fraudsters) boys in order to collect money from them.”

“I will expose your misconducts; just leave Lagos before I get to your station after committing crime. I cannot share the blame from your misconducts,” Owoseni stated further, just as he threatened to give erring DPO’s photographs and details to journalists to expose them.

He also said that “Some of you are intimidating people and collecting bribe from them. It is a curse to build a house with such money. Such a building will one day collapse on such person’s head. Some of your officers are also in the habit of taking people to bank to collect money. If you train your children with the money, they will not be useful to you.”

Expert says 7 out of 10 Nigerians are hypertensive