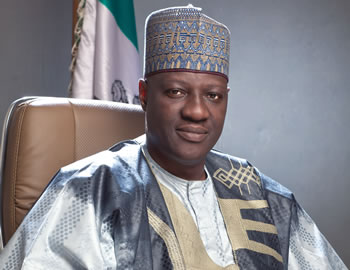 Kwara state government has released a sum of N100million for the payment of severance allowance for former political office holders in the local government.

In same vein, all categories of workers in the 16 Local Government Areas of the state will receive their January salaries on Friday, tomorrow, while a sum of N900million has been released for the payment of the teachers salary.

He said that the state government would continue to prioritise payment of workers salaries in order to make life meaningful for the workers.

Banu explained that January Statutory Allocation for the 16 LGAs in the state stood at N830, 549,245.88 in the month under review.

According to the commissioner, the distribution of the allocations among the local government councils in the state was done in accordance with section 4(2) of the state Joint Local Government Account Law (cap 80) as amended by law 15 of 2001.

The stakeholders, Labour Union leaders present at the meeting commended the state government for show casing transparency and honesty in the distribution of the monthly allocation.

The deputy President, Nigerian Union of Local Government Employees (NUGLE), Comrade Oloruntade Ibikunle called on members to be calm, saying that the state government was transparent in the distribution of the allocation.

2 die, many injured as gas tank explodes in Ogun