Entertainment
By Tribune Online On May 7, 2019 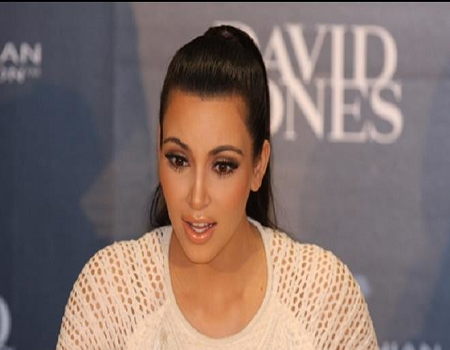 American media personality, Kimberly Noel Kardashian West, has helped to secure the release of 17 prisoners in the U.S.

She has in the past 90 days helped to secure the release of 19 prisoners, who were being detained for lesser crimes.

The News Agency of Nigeria(NAN) reports that a few months ago, Kardashian hinted that she was deep into her new found love for criminal justice when she helped foot the rent bills for a man who was recently released from jail.

According to reports, the reality TV star and mother of three has been spending a lot of money to help secure the release of inmates, who have been doing time.

Defense counsel to Kardashian, Brittany Barnett, in partnership with MiAngel Cody of The Decarceration Collective. has worked closely with her to make this a reality.

The lawyers had gotten all the legal documentation to get the inmates to have a fresh start to life while Kardashian had been footing the bills.

Meanwhile, it has been reported that Kim has been getting all the inmates free while trying to keep it away from the media.

It is reported that Kardashian read about his plight and took it upon herself to help him secure accommodation.

Mathew Charles, who had served 20 of his 35-year sentence for a non-violent drug and weapons charges was the first to be released under new prison reform laws.

Kim is said to have reached out to Charles and his friend privately on  March 10 and generously offered to pay his rent and to help him find a stable place to live.

Charles was recently released from jail after serving 25 years and would be living in a rent-free house for the next five years courtesy of Kardashian.

However, it is no news that Kardashian has a special interest in prison reforms in the U.S.

Her interest in making the reforms made her pay a visit to the President of the U.S., Donald Trump, back in 2018.

How I became successful in furniture making ― Lawrence Ngene