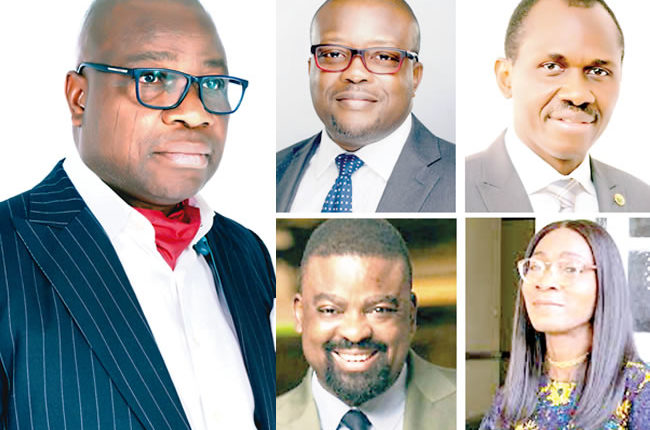 LIONEL Messi and Cristiano Ronaldo are celebrated as the greatest footballers of their generation because of their proclivity for scoring goals. Though the duo have other skills, their uniqueness is their ability to score goals, which is the most important thing in soccer. Consequent on their dexterity at scoring goals, they have overshadowed other great football players and have dominated the scene over the last 12 years with Messi winning the highest football honour, the Ballon D’Or seven times while Ronaldo also won it five times.

Just as scoring goals is the essence of a football game, getting results is the essence of leadership. Leadership is about deploying resources to get results that will improve the state of the nation or organization and enhance the status of the people.

How leaders get the right things done

Distraction is the greatest hindrance to leadership success. Distraction is not primarily about extraneous activities, it is essentially about giving attention to issues which may not be unimportant but are not critical to the task at hand. Paying attention to tasks that are not critical to the goal slows down progress and affects leadership effectiveness. Critical to getting things done is knowing what not to do at all. Usually leaders have so many things begging for their attention but not everything that beckons to a leader deserves his attention.

When Buffet asked him about the second list his response was that, “Well, the top 5 are my primary focus, but the other 20 come in a close second. They are still important so I’ll work on those intermittently as I see fit. They are not as urgent, but I still plan to give them a dedicated effort.”

Buffet responded and said, “Everything you didn’t circle just became your Avoid-At-All-Cost list. No matter what, these things get no attention from you until you’ve succeeded with your top five.”

As influential as they are, leaders cannot accomplish much on their own, they work through people to achieve their goals. However, the difference between leaders who are effective and those that are not is that the former hold everyone who works with them accountable while the latter don’t.

An organization is a system with every part playing a role in the actualization of corporate goals. Accountability, therefore, is letting every member of the system understand his or her role and the criticality of that role to the actualization of set goals as well as the consequences of failing to deliver on the target set for them.

As simple as this appears, many leaders fail to ensure this.

In November 2012, Darren Overfield and Rob Kaiser published the result of a study on leaders’ performance with respect to holding people accountable in the Harvard Business Review. They found out that almost 50 per cent of leaders and managers in different regions of the world and different organizations fail to hold their employees accountable.

According to the researchers, “In our database of more than 5,400 upper-level managers from the US, Europe, Latin America, and Asia-Pacific gathered since 2010, 46 per cent are rated ‘too little’ on the item, ‘Holds people accountable — firm when they don’t deliver.’ Remarkably, the result holds up no matter how you slice the data — by ratings from bosses, peers, or even subordinates. It holds up for C-level executives compared to directors and middle managers. It is about the same in different cultures too; although accountability is a bit more common in some countries than others, it is still the most neglected behavior within every region we have studied.”

Why leaders fail to hold others accountable

Leadership is primarily about getting results through people. To get specified results from people, those saddled with certain responsibilities must be held accountable for those responsibilities. However, many leaders fail to hold others accountable because they are concerned about how they are perceived by their subordinates. They want to be popular with and acceptable to those they lead. Such leaders fail to understand that leadership is not about popularity but getting results. Leaders are not measured primarily by their popularity but by their performance, the results they can get with the resources at their disposal. The danger of seeking popularity is that it robs leaders of rationality; rather than being rational, forthright and judicious, they become emotional, ambivalent and eventually fail to do what is right to get the desired result. Such leaders would rather be nice than insist on the right thing being done; they would rather be conciliatory than decisive. This is not only injurious to the system, it also breeds mediocrity. Leaders who don’t hold employees accountable promote mediocre performance. When employees are not held accountable, they relax and fail to give their best to their organization. The more this is permitted in an organization, the poorer the results that will be turned out by it. The average person wants to contribute the least permissible by the system. But when they know that there would be questions about their performance and a consequence should they fail to deliver on agreed terms, they will raise their performance level to the expected height or even beyond.

As a leader, never seek popularity. This is one of the reasons the leadership journey is a lonely one. Leaders who seek popularity are usually caught in the web of trying to please everyone to the extent of harming their organization. If as a leader you seek popularity, you will not be firm, you will not be fair and you will only be able to raise over-pampered and spineless minions who will never grow into the fullness of their potentialities. So, a popularity-seeking leader is a danger to the system and those he supervises. Never be one if you do not want to plateau and stagnate at your current level.

It is a normal human feeling to seek love and acceptance but what should guide leaders is how they want to be remembered; their legacy. Leaders who insist on doing the right things to get the expected result may not be everybody’s favourites but they will command everybody’s respect and posterity is always kind to them. Same cannot be said of those who crave popularity. The real tragedy is that even those they try to please will later deride them when they understand the negative effect of treating them with kid gloves on their career growth.

How leaders hold others accountable

For leaders who wish to hold others accountable, the following tips will be of help.

Oftentimes subordinates fail to deliver results as a consequence of expectations that are not stated in unambiguous terms. While the subordinate believes that the boss wants something, the boss expects another. This is usually a communication problem. The way to avoid this is to start out by giving a clear picture of what is expected of the subordinate.

Leaders should give their subordinates the freedom to carry out their assigned tasks in the way they deem fit without necessarily abandoning them to it. Leaders should always ask their subordinates questions about their tasks. How the task is handled is the decision of the subordinate but since the outcome of the task has an effect on the overall performance of the organization, the leader must always get information about the task to know the ground being covered and the challenges being encountered.

This is of utmost importance because failure doesn’t happen overnight; it happens over time. Failure is progressive and gives advance signals but many people are too engrossed in their activities to notice the signs and take steps to redeem the situation. By being observant, one can discern far ahead of the manifestation a project that is doomed to fail. By getting regular feedbacks on the task being undertaken by subordinates, the leader is able to know how to go about it and what steps to take if the situation turns awry. Waiting till completion time to find out if the task has been well done may be leaving it till too late. As observed by Louis Gerstner Jr, a former IBM chief executive, “People don’t do what you expect but what you inspect.” To avoid disappointment, the leader has to keep in constant touch with his field officers.

One of the ways leaders help their subordinates to achieve success is to assure them of access when they require it. This will make it easy for them to approach the leaders for help when needed. Many projects fail and are kept from the leader until delivery time because subordinates lack the boldness to ask for help from the leader. Consequently, a situation that would have been managed with much ease would become a serious matter that could hold down an organization.

Leaders should learn to encourage their subordinates to ask for help whenever they need it. Each time a leader discusses the progress of a task with subordinates, he should end the discussion by saying, “If there is anything I can do to make your work easier or better, please don’t hesitate to ask me.”

Every action results in a consequence. So, both the leader and the subordinate must have a clear understanding that while meeting or exceeding set target will attract rewards, the reverse will not fail to attract sanctions. This will obliterate every doubt as both parties know what is expected of them when things work out according to plan and when they fail to work out as agreed. So, right from the onset the subordinate knows that he is the one that will determine whether he gets raised or he gets hacked.

8 days to INEC’s final list: APC, PDP, LP in a fix over candidates

Leadership burnout and way out

Moving from crisis to greatness