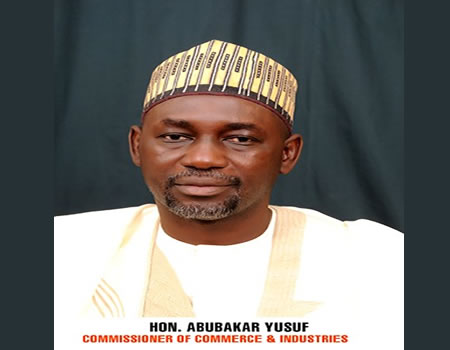 The Katsina State government says it will establish a Black Oil Energy refinery in Mashi Local Government Area of the state.

Alhaji Abubakar Yusuf, the commissioner for Commerce, Industry and Tourism, disclosed this on Sunday in Kankia during the inauguration of PVC and vinyl tube production lines at Kankia Metal Works.

He said that approval had already been granted for the requested hectares of land to that effect.

Yusuf said that all stakeholders were working round the clock to reach important industrial destination.

He said that the state was blessed with both human and other resources to attain desired sustainable development in the areas of agriculture, mining, manufacturing, construction and general commercial undertakings.

The commissioner said that the industrialisation agenda of the present administration would assist to create jobs, income and wealth creation, boost Internally Generated Revenue (IGR), as well as improving foreign exchange earnings for the state.

He said that it would further assist to reduce poverty and improve the living standard of people.

The commissioner also said that the government had approved a piece of land to SASCO Limited for the establishment of a meat processing factory in Mai’adua Local Government Area.

He said that the factory would operate on complete value chain as well as forward and backward production integration system.

Abubakar further revealed that the Kaolin factory in Kankara Local Government Area would start operation in 2018.

He noted that the state has capacity to excavate kaolin of high quality for domestic consumption and export.

2m Lagos residents to be enlisted in fight against domestic, sexual violence ―Vivour-Adeniyi