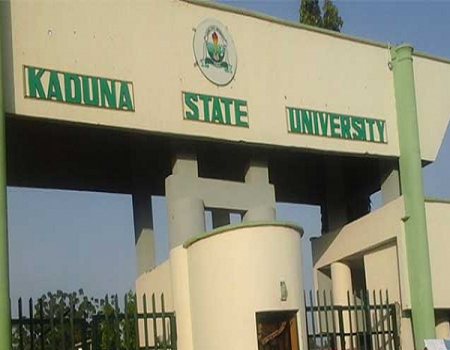 The Vice-Chancellor of KASU, Professor Muhammad Tanko said that the decision was conveyed via a letter from the Medical and Dental Council of Nigeria(MDCN), signed by its Registrar, Dr T.A.B Sanusi.

Professor Tanko further said that the decision to grant the university final accreditation was taken at the council’s fourth plenary meeting which was held on 19th December 2019.

It will be recalled that accreditation followed significant investments in facilities for the medical programme by the Nasir El-Rufai government and KASU is now recognised to offer full undergraduate training for medical students in its own facilities.

The Vice-Chancellor who thanked the state government for its enormous support, also said that MDCN plenary meeting deliberated upon the report of the visitation team which the council sent to KASU’s College of Medicine in October 2019.

Professor Tanko recalled that the National Universities Commission(NUC) first granted accreditation to KASU’s medical programme in 2015, after which the MDCN accredited its pre-clinical studies phase in 2016.

According to him, the MDCN conducted and granted the first clinical accreditation in March 2018.

‘’The accreditation neutralised the long years of stagnation of students at the pre-clinical phase. This allowed KASU to successfully conduct the first, second and third clinical professional examinations,’’ he added.

Professor Tanko revealed that in October 2019, KASU had invited MDCN for the final accreditation assessment.

‘’The MDCN visitation team inspected facilities in both the College of Medicine and Barau Dikko Teaching Hospital. They were persuaded by what they saw and recommended final accreditation.

“This accreditation means that the medical students will be due to write their final professional examinations towards graduation in March 2020,’’ he explained.