JUST IN: I’m coming to you on October 16, Fayose writes EFCC 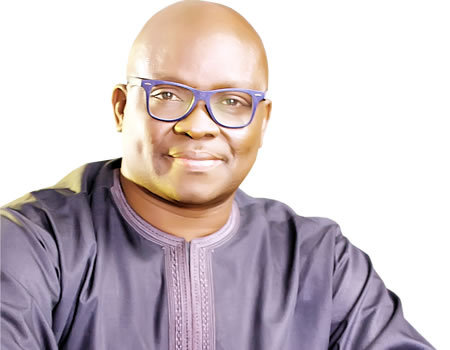 Governor Ayodele Fayose of Ekiti State has written to the Economic and Financial Crimes Commission (EFCC) notifying the agency that he will make himself available to it on Tuesday, October 16, 2018.
In the letter personally signed by Governor Fayose, he said he was notifying the agency of his decision to make himself available to the EFCC  “to clarify issue(s) or answer questions on issues within my knowledge.”
Fayose, in the letter dated September 10, and addressed to the chairman of the EFCC, said his desire to submit to the commission was hinged “on several and serial actions of your commission for some time now, including but not limited to freezing of my accounts and attempts to secure temporary forfeiture of my properties.”

He said these were “indicative of the commission’s desire to have me clarify some issues or answer some questions but for the immunity I enjoy under Section 308 of the 1999 Constitution as the sitting governor of Ekiti State.” 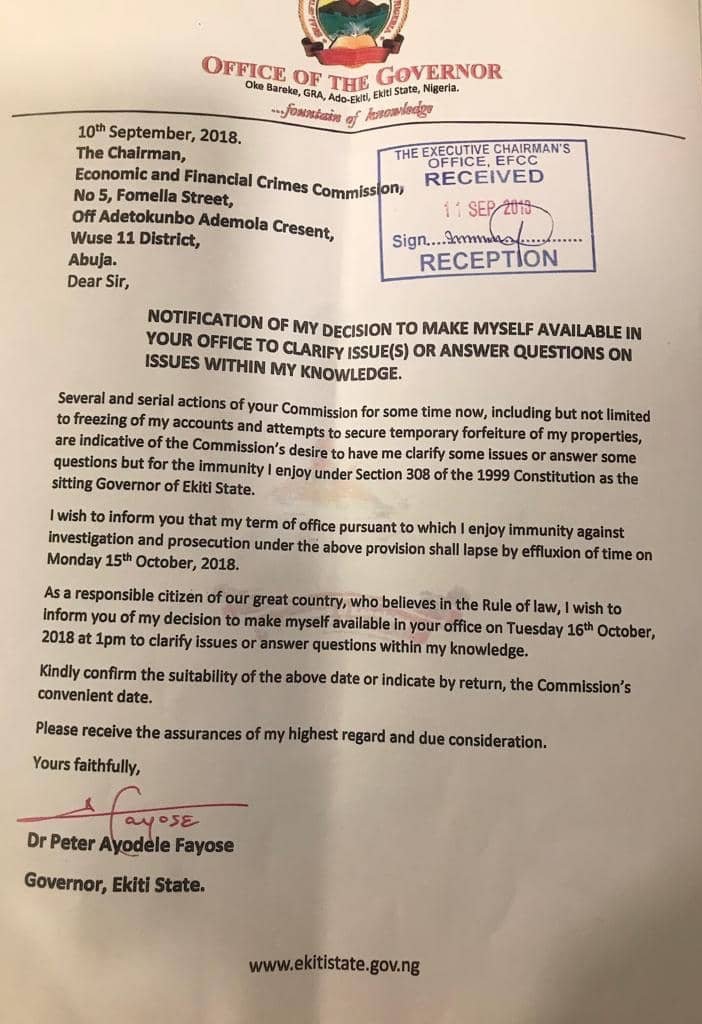 Fayose stated in the letter: “I wish to inform you that my term of office pursuant to which I enjoy immunity against investigation and prosecution under the above provision shall lapse by effluxion of time on Monday, 15th October, 2018.
“As a responsible citizen of our great country, who believes in the rule of law, I wish to inform you of my decision to make myself available in your office on Tuesday, 16th October 2018 at 1pm to clarify issues or answer questions within my knowledge.
“Kindly confirm the suitability of the above date or indicate by return, the commission’s convenient date.”
A stamp on a copy of the letter, entitled “Notification of my decision to make myself available in your office to clarify issue(s) or answer questions on issues within my knowledge”, indicated that it was received in the office of the EFCC chairman on Tuesday, September 11, 2018.
Governor Fayose, who has been in a battle of wits with the anti-graft agency and had also been in and out of courts with the commission over his personal and state’s finances.
His tenure as governor of Ekiti State would elapse on October 16, when he is expected to hand over government to Dr Kayode Fayemi.