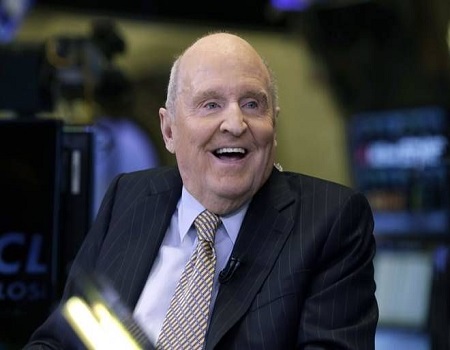 Jack Welch, who built General Electric into a global industrial flagship and became one of America’s best-known businessmen, died on Monday aged 84, the company said.

Dubbed the “manager of the century,” by Fortune magazine in 1999, Welch transformed GE into a sprawling conglomerate during his two decades as chief executive.

“Today is a sad day for the entire GE family. Jack was larger than life and the heart of GE for half a century. He reshaped the face of our company and the business world,” company chief Larry Culp said in an email.

Welch, the son of a railway worker and a homemaker, rose from his working-class roots to ultimately expand GE beyond household appliances, healthcare and aeronautics into finance with GE Capital and media through NBCUniversal.

The company’s market capitalization grew from $12 billion when he took over in 1981 to $410 billion on his departure.

Welch’s hard-hitting reforms at GE came at a cost, however, and he was criticized for firing thousands of employees.

“His no-nonsense leadership style gave him a reputation of being hard, even ruthless, but also fair when making business decisions,” Welch’s GE biography said.

As the layoffs mounted, he became known as “Neutron Jack” due to his reputation for eliminating workers and jobs without demolishing the buildings they worked in. The hard-charging executive said in a 2005 television interview that he hated the nickname.

ALSO READ: US votes in crucial primaries after ex-rivals back Biden

“There was no corporate leader like ‘neutron’ Jack,” Trump tweeted. “He was my friend and supporter. We made wonderful deals together. He will never be forgotten,” the president said.

Welch was an ardent supporter of the Republican party.

Born in Massachusetts, Welch earned a doctorate in 1960 and joined GE the same year as a chemical engineer in its plastics division, rising through the ranks to become vice chairman in 1979, then CEO two years later.

Business analysts and investors praised on him for molding GE, which traces its roots to 1892, into a more formidable and diversified company.

For a brief period, it was the world’s biggest corporation.

But his reign ended in a bitter failure when European regulators blocked GE’s merger with Honeywell, another US industrial conglomerate.

Welch handed over to his successor Jeff Immelt a few days before the September 11, 2001 attacks in the United States.

Immelt’s reign was also marked by the bursting of the Internet bubble and the global financial crisis, forcing him to sell off NBCUniversal to cable operator Comcast, while GE Capital, caught up in a subprime mortgage crisis, had to liquidate one asset after another.

Welch’s high-flying business career enabled him to become immensely wealthy. Some estimates pegged his fortune at more than $600 million.

He was involved in publishing several books including “Winning” and a biography, “Jack: Straight from the Gut,” which became a New York Times best-seller.

Welch stayed in the public arena after his retirement. He co-wrote a regular column for BusinessWeek with his third wife Suzy, taught management classes and earned hefty sums from corporate speeches.

But his company is now fighting for its survival, having been ejected from the Wall Street benchmark Dow Jones Industrial Average, with a value of only $95 billion under its current chief executive.