Is it good to take aspirin everyday?

Aspirin therapy is still prescribed for people who had or are at high-risk for having a heart attack or stroke because aspirin is a blood thinner. However, in this report by Sade Oguntola, experts warn that aspirin isn’t a harmless drug. 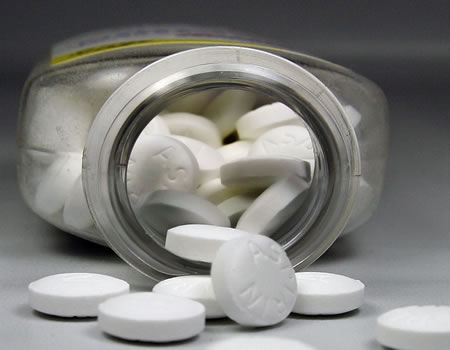 For decades, a daily dose of aspirin was considered an easy way to prevent a heart attack, stroke or other cardiovascular event. It’s usual to take a dose of 75mg once a day. Sometimes doses may be higher.

Aspirin reduces the blood’s ability to clot. That helps reduce the risk of blood clots forming inside an artery and blocking blood flow in the heart (causing a heart attack) or in the brain (causing a stroke).

But, Dr Abiodun Adeoye, a consultant cardiologist, University College Hospital (UCH), Ibadan, says daily aspirin therapy isn’t for everyone to prevent heart attack or stroke because it may actually cause more harm than good.

According to him, a daily dose of aspirin should only be based on doctor’s prescription and not just in preventing heart attack because a person is going old or just because it is said to be good for the heart. Cardiologists call this primary prevention.

Dr Adeoye declared that daily use of aspirin, a blood-thinning medicine, is only recommended for individuals with hypertension or diabetes or who those have had stroke incidence in the past to prevent a heart attack or stroke.

“I should not be taken aspirin if I am healthy because I do not want to develop stroke, it does not work. It does not prevent it,” he added.

Dr Adeoye said all drugs, including aspirin, are prescribed after the doctor had weighed the benefit of its use against its side effects.

The higher the risk of heart attack, the more likely it is that the benefits of daily aspirin outweigh the risk of bleeding.

He added: “But there are other anticoagulants (blood thinners) that are better than aspirin. If an individual really needs to daily take aspirin, depending on the cause of the problem, it must be prescribed.”

Protective benefits of aspirin come from its ability to lower inflammation, a condition that can attract clot-building factors within blood vessel walls. These can rupture, plugging up tiny vessels in the heart and blocking blood flow.

Although, aspirin has been recommended in the past for certain groups of people without a history of heart attack, there’s some disagreement among experts about whether the benefits of aspirin outweigh its potential risks that include internal bleeding and peptic ulcers.

Long-term bleeding can cause complications such as anaemia or even hemorrhagic stroke in certain patients.

Guidelines are varied between organisations, but they’re evolving as more research is done. The US Food and Drug Administration doesn’t recommend aspirin therapy for the prevention of heart attack in people who haven’t already had a heart attack, stroke or another cardiovascular condition.

What is more, the American Heart Association and American College of Cardiology guideline to help people stay heart-healthy is advising against daily aspirin use for prevention.

In fact, the guidelines said low-dose aspirin should not be routinely given as a preventive measure to adults 70 years and older or to any adult who has an increased risk of bleeding into the brain or stomach.

This was after the Aspirin in Reducing Events in the Elderly (ASPREE) trial that sought to weigh the risk of bleeding in the gastrointestinal system or brain with overall cardiovascular benefits.

The trial involved monitoring people in Australia and the U.S. who were at least 65 (most where at least 70) and in relatively good health with no heart disease at the beginning of the study.

The results of ASPREE, which were published in three articles in The New England Journal of Medicine said that daily low-dose aspirin — 100 milligrammes or less — did not help older adults who had no previous clinical signs of heart disease or stroke.

The first study found no benefits to taking aspirin in low-risk patients. Rather, this study said daily aspirin increased their chances of having bleeding issues by 38 per cent compared to people who did not take low-dose aspirin daily.

Additionally, ASCEND – a separate study published in August 2018 – found a risk of major bleeding that largely overshadowed the cardiovascular benefits of daily aspirin use in patients 40 and older with diabetes, also a well-known risk factor for heart disease.

The third study found that heavier adults would need larger doses, suggesting that how much a person takes matters. Those findings applied to people with no history of dementia, physical disability, heart attacks or strokes.

The American College of Cardiology says that it is “important” for most people with a condition such as blood clotting problem, gout, stomach ulcer and chronic kidney disease to avoid taking daily aspirin.

Most heart attack patients already take a daily aspirin to prevent a future heart attack, but it’s usually taken first thing in the morning. However, researchers figured that taking aspirin at night might further reduce the risk for heart attack by preventing clotting activity in the morning.

This was the findings of the study referred to as the ASPIRETENSION II trial (Aspirin in Reduction of Tension II ) which indicated that aspirin may be most effective when taken at bedtime, rather than in the morning.

This study included 290 heart attack survivors who took aspirin daily to reduce their risk of a future event. Patients were randomly assigned to take aspirin (100mg) in the morning or at bedtime and were followed for two outcomes: blood pressure and platelet activity (which measures the body’s ability to produce blood clots).

After following each patient for three months, researchers found no differences in blood pressure among those who took aspirin in the morning  at bedtime. However, they did find that aspirin was more effective in reducing blood clotting when taken at night compared to the morning.

Also, some over the counter painkillers, such as nonsteroidal anti-inflammatory drug (NSAIDs) like ibuprofen can interfere with aspirin’s heart-protecting action. So for pain relief, experts recommend paracetamol instead.

Aspirin and ibuprofen both belong to the same group of medicines called non-steroidal anti-inflammatory drugs. If taken together, it can increase the chances of side effects like stomach irritation.

The US Food and Drug Administration says it is best that an individual take ibuprofen and then take wait 30 minutes or longer after taking aspirin.

Also, people who regularly take aspirin and drink alcohol can have an increased risk of stomach bleeding. Its intake with other anticoagulants, such as warfarin for another condition, may greatly increase the risk of major bleeding complications. Some herbal supplements such as Ginkgo also may increase the risk of bleeding.